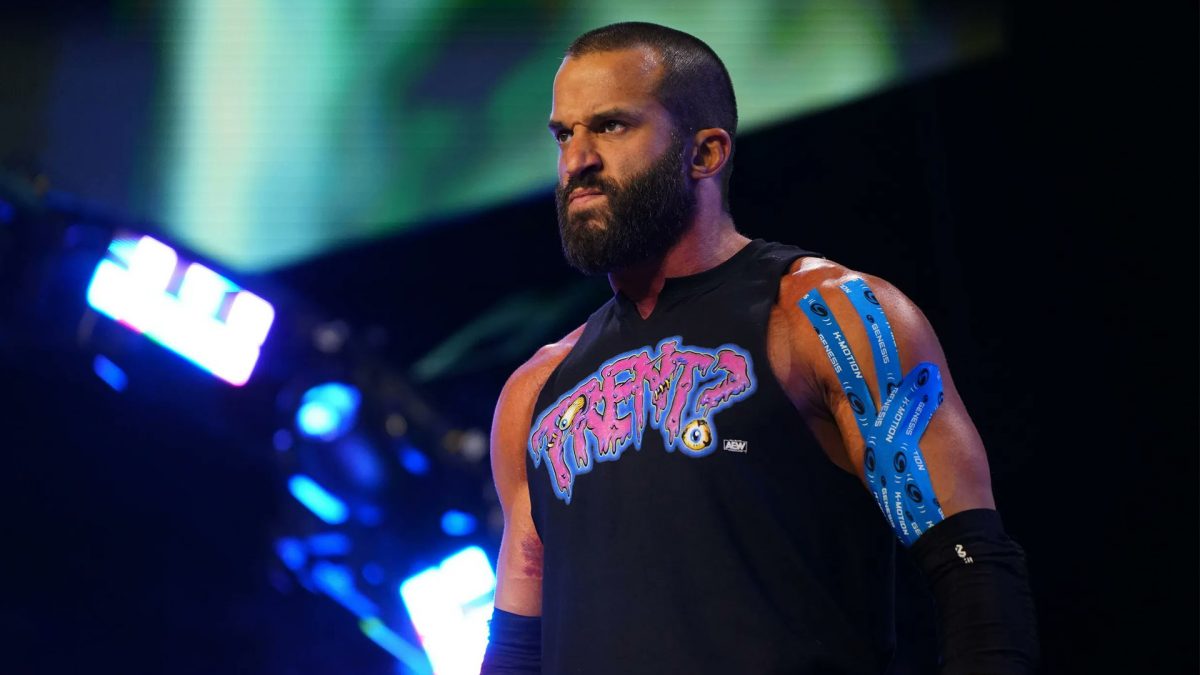 New Japan Pro Wrestling announced that they have pulled Trent Beretta from the card of their Capital Collision event later tonight in Washington, DC due to him recently testing positive for COVID-19.

It was also announced that Rocky Romero will be replacing Beretta as Kazuchika Okada’s tag team partner for his scheduled tag team match against Jay White and Hikuleo at the event.

Two other matches were also announced to have been changed as a result. The first being The DKC replacing Romero as the tag team partner for Fred Rosser, David Finlay, Tanga Loa, and Yuya Uemura for their scheduled 10-Man Tag Team match against Team Filthy. The other being Nick Comoroto replacing The DKC for his scheduled dark match against Kevin Knight.

Trent Beretta, who was scheduled to team with Kazuchika Okada against Jay White and Hikuleo at Capital Collision, has tested positive for COVID-19 and will not be able to compete on the card May 14.

We deeply apologise to fans who were looking forward to seeing Beretta wrestle, and appreciate your understanding.

As a result the following changes have been made to the evening’s card:

The DKC vs Kevin Knight ->

We join NJPW fans in wishing Trent a speedy recovery and return to action.

As noted before, former wrestler Tammy Sytch was arrested this past Friday in Florida following a police investigation into a fatal car accident involving Sytch this past March. Sytch was bailed out of jail this past Saturday but was scheduled to return to court this past Friday to determine if she should be put back into jail for public safety reasons.

PWInsider’s Mike Johnson reported that the presiding judge approved the State of Florida’s request for Sytch’s bail to be revoked and for her to be sent back to jail until her criminal trial date.

Sytch is currently facing the possibility of up to thirty years in jail if convicted of the most serious charge against her, felony DUI manslaughter.

Waner Bros. Discovery and BT Group reportedly have confirmed plans to form a new 50-50 joint venture sports network for the United Kingdom and Ireland, according to Deadline.com. This new plan will see Discovery taking over as the new owner of BT Sport, U.K. home of WWE programming, and merging it with Eurosport UK. The status of WWE’s current television rights with BT Sport is currently not known due to it not being mentioned among the new joint venture’s portfolio of premium rights.

FITE TV recently announced that they will be airing this year’s Hana Kimura Memorial event live on their service on May 23rd.

The Briscoes recently announced that they have pulled themselves off of their scheduled bookings for Game Changer Wrestling’s Downward Spiral event on May 28th, America’s Most liked Wrestling’s Live to Win event on May 29th, and Tennessee All Pro Wrestling’s June 4th event due to family-related medical issues involving Mark Briscoe’s pregnant wife.

New Japan Pro Wrestling recently announced a new match for the card of their NJPW Strong themed Collision in Philadelphia 2022 event on May 15th in Philadelphia, Pennsylvania:

GCW recently announced a new match for the card of their You Wouldn’t Understand event on June 18th in New York City, New York: