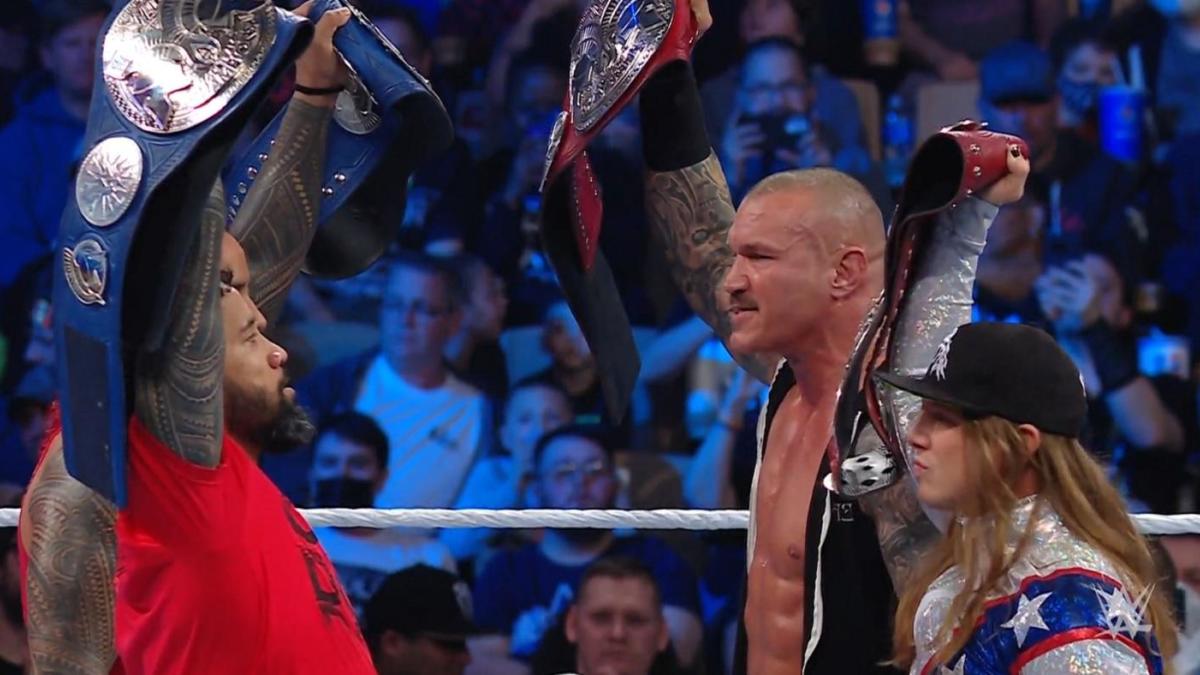 WWE reportedly is currently not planning to unify their RAW and SmackDown Tag Team Championships, according to the Wrestling Observer Radio.

Dave Meltzer reported that his sources stated that while WWE keeps teasing a potential unification of their RAW and SmackDown tag team titles, WWE officials currently do not have any plans to do so for the end goal of the on-going RK-Bro vs. The Usos feud.

WWE originally announced that RK-Bro and The Usos would be defending their RAW and SmackDown Tag Team Championships in a unification match at this past Sunday’s WrestleMania Backlash 2022. That match was quickly changed to just a regular Six-Man Tag Team match of RK-Bro & Drew McIntrye vs. The Bloodline instead.

WWE Working on Plans to Increase Their Sponsorship & Streaming Revenues

WWE reportedly is currently working on plans to increase their current sponsorship and streaming deals revenues, according to CNBC.

It was reported that their sources stated that WWE officials are currently attempting to boost their annual sponsorship revenue with one financial analyst believing the company can get over $100 million per year in revenues from new deals.

It was also reported that WWE officials are also seeking to improve the current revenues generated from their streaming deal with Hulu for their WWE RAW brand, which is set to expire later this year.

Mike Johnson reported that this new survey is asking fans for their feedback regarding potential topics for a potential second season of their WWE Evil series.

The potential topics listed for a second season were: