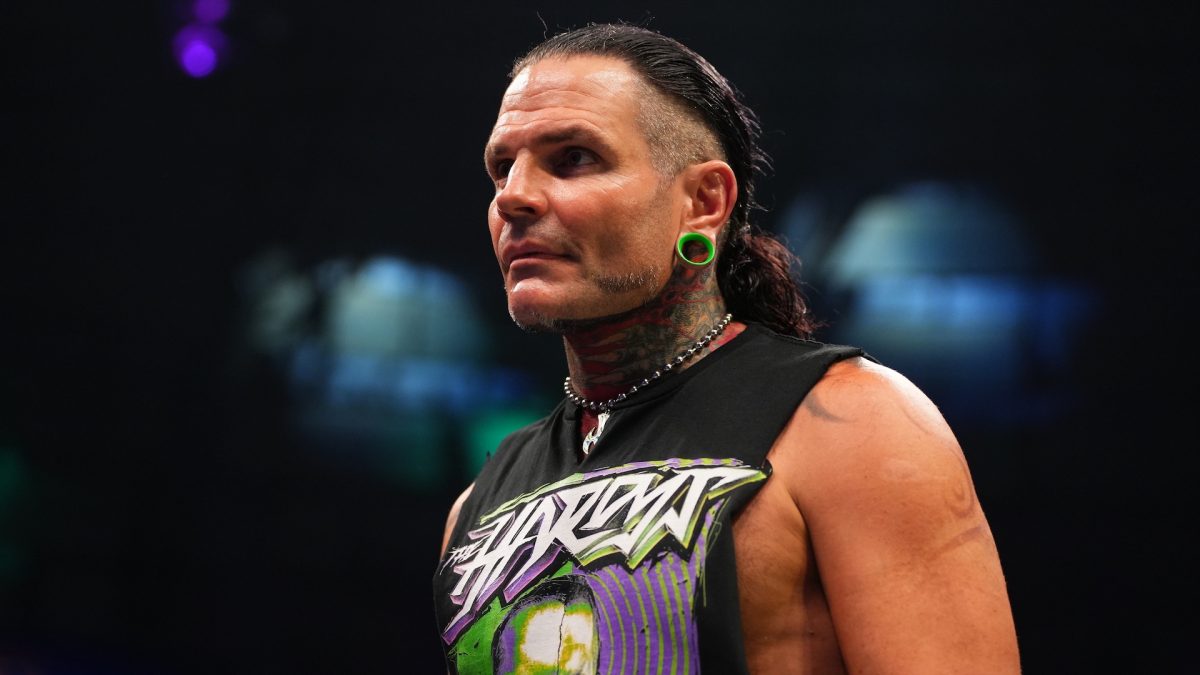 As noted before, Jeff Hardy was arrested this past June in Volusia County, Florida following a drunk driving incident. Following his arrest, Hardy was suspended without pay by AEW.

Defendant, Jeffrey Nero Hardy, pursuant to rules 3.160(a), Florida Rules of Criminal Procedure, waives arraignment by filing this written plea of not guilty. Albritton v. White, 948 So. 2d 852, 854 (Fla. 2d DCA 2007). Defendant further waives the right to be present at all pretrial conferences.

Denise Salcedo held a recent interview with Rocky Romero. One of the topics discussed included his thoughts about Orange Cassidy’s match against Will Ospreay at this past Sunday’s AEW and New Japan Pro Wrestling co-promoted Forbidden Door event.

“For sure the match that I think stole the show easily was Orange Cassidy versus Will Ospreay. The funny thing is, here is another example of the fans being like, ‘Oh, you could have done anything else with Will Ospreay.’ This was Tony’s idea to do Cassidy and Ospreay. I saw the potential in it because I was like, oh, that’s so money because that’s a dream match that maybe you wouldn’t think of right off the bat but it’s a for sure dream … Because everybody kinda forgets that Cassidy is such a great wrestler because he has such a fantastic gimmick… So you have two great wrestlers… So yeah, I thought that was gonna kick butt and it exceeded my expectations because it really stole the show. The funny thing is, even going into it, Orange Cassidy was like, ‘I am not sure.’ He was a little tentative like, ‘Maybe that’s not a great match for me.’ I was like, ‘Dude, this is gonna be awesome.’ We actually talked about it after, he was like, ‘Dude, that was one of my favorite matches of all-time, that I’ve ever done.’ He was like, ‘I can’t believe I was tentative.’ I was like, ‘If you’re not tentative and you care about what you do, then you really don’t care. So you gotta feel that way as a performer.’ But I think for the most part Tony and I knew it was gonna be a home run.”

Romero also gave his thoughts about his role in helping put together AEW and NJPW’s Forbidden Door event.

“I just went back and forth between AEW and New Japan and tried to be sensible and try to be the one to communicate what the ideas were but also sentiment and overall what the show needed. Whether it be, we need more of this or we need more of this and let’s not forget about American fans or Japanese fans. We need to cater to them this way. Kinda really trying to break that down, so that both sides could understand two completely different ways of doing business. The AEW model is obviously a traditional American TV model whereas New Japan is more of a Japanese tour based model so it’s very different, the way they booked shows and do things. So I had to explain that on both sides.”

NBC Sports Boston held a recent interview with WWE Hall of Famer Kurt Angle. One of the topics discussed included Angle revealing that he turned down a ten match deal offer from AEW prior to his decision to retire from wrestling.

“They actually wanted me to wrestle, in particular. Tony Khan gave me a call, wanted me to wrestle, they offered me a pretty good deal, but I just can’t do it anymore. I wish I could, but it’s just not possible. They did offer me two different times. They did want me to do on-camera personality as well, a non-wrestling role, I actually turned that down as well. I wanted to start up my supplement company and put more time into that and didn’t want to leave the company at this particular time, so I decided not to do it …

They wanted me to have big special matches. They gave me a contract for ten matches, they didn’t say how long it would be. It might not have been for a year, it might have been for three years and I would have wrestled three matches a year. I decided not to do it because of my supplement company, and the fact that, I’m not the same that I used to be. If I’m gonna go in there and wrestle, I want to be the old Kurt Angle and I know I can’t be that anymore.”