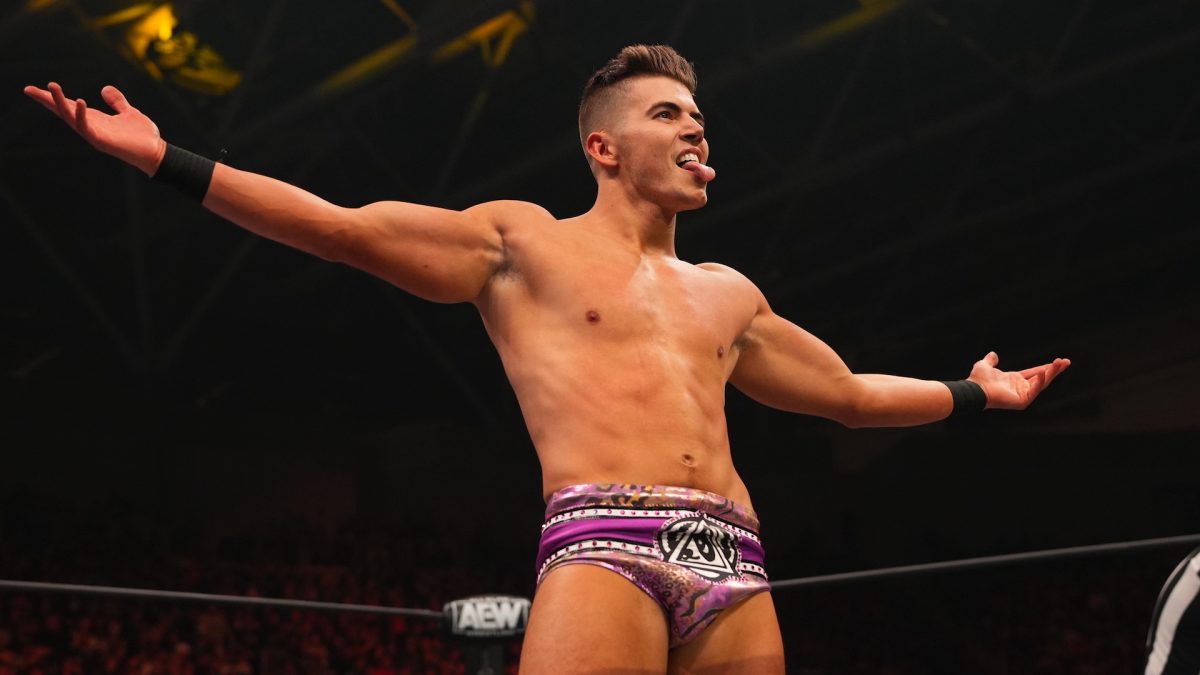 As noted before, Eddie Kingston was involved in a recent backstage incident with Sammy Guevara that turned physical resulting in Kingston being suspended by AEW for a few weeks.

Fightful Select reported that their sources recently provided additional details regarding the backstage incident between Kingston and Guevara. It was reported that Kingston was mad at Guevara due to Guevara did not speak nor get his clearance beforehand over the content of a disparaging promo by Guevara that ended up being edited off a show. It was also reported that the two have not spoken with each other since this past June’s Blood & Guts match that featured Kingston tossing Guevara off of the cage.

Those spoken to reportedly stated that there were some pretty clear parameters set in place for feuds and promos involving Guevara. These rules reportedly did not allow his opponents to mention his ex-fiancee during their promos towards him. This reportedly has been a non-issue since it has never come up or been pitched as an idea by others for Guevara’s feuds.

In regards to AEW’s original plans for their feud, it was reported that Kingston was planned to beat Guevara at All Out 2022.

In a statement to Fightful Select, Guevara gave his side of the recent backstage incident with Kingston.

“As a professional you communicate things that you don’t want to be said (like other people I’ve been in programs with and have worked with Matt Hardy, Jericho and others) and I did communicate of what I didn’t want to be said in this angle and Eddie didn’t. But Eddie did not do the same and Eddie did not mention to me or the coaches or TK or anyone in AEW what he didn’t want said.

So after Tay’s and my match with Sky Blue and Dante I cut a promo on Eddie insulting Eddie and the fans as a heel. Which I know the thing everyone loves to do is hate Me & Tay so I’m the perfect person to play this ass hole character for Eddie to ultimately beat at All Out. I see what people say online about Eddie and his appearance. (Which anyone who legitimately shames Eddie for how he looks can go to hell, it’s the same people who shame me for being too small) so Sammy Guevara the character I could be the physical person playing that person that Eddie can shut up at All Out.

But Eddie did not do the professional thing and communicate to me, which if he did I never would have said it cause the last thing I want to do is hurt someone for real.

So after the promo I get to the back and Eddie is flipping out yelling “YOU CANT CALL ME FAT” over and over as I’m trying to walk down the stairs in gorilla making a big scene. People get in between us, Eddie try’s to pie face me and he more life touches my face it was weird. And everyone backs everyone up. It was unfortunate cause this promo was on a taped show and easily could have been edited (which they ended up doing anyways) i know this isn’t Eddie’s first time being aggressive and getting out of control backstage. I know he had to do some kind of anger management after this whole thing. This whole thing was very unnecessary but it Is what it is, Live & learn I guess, onto the next we go.