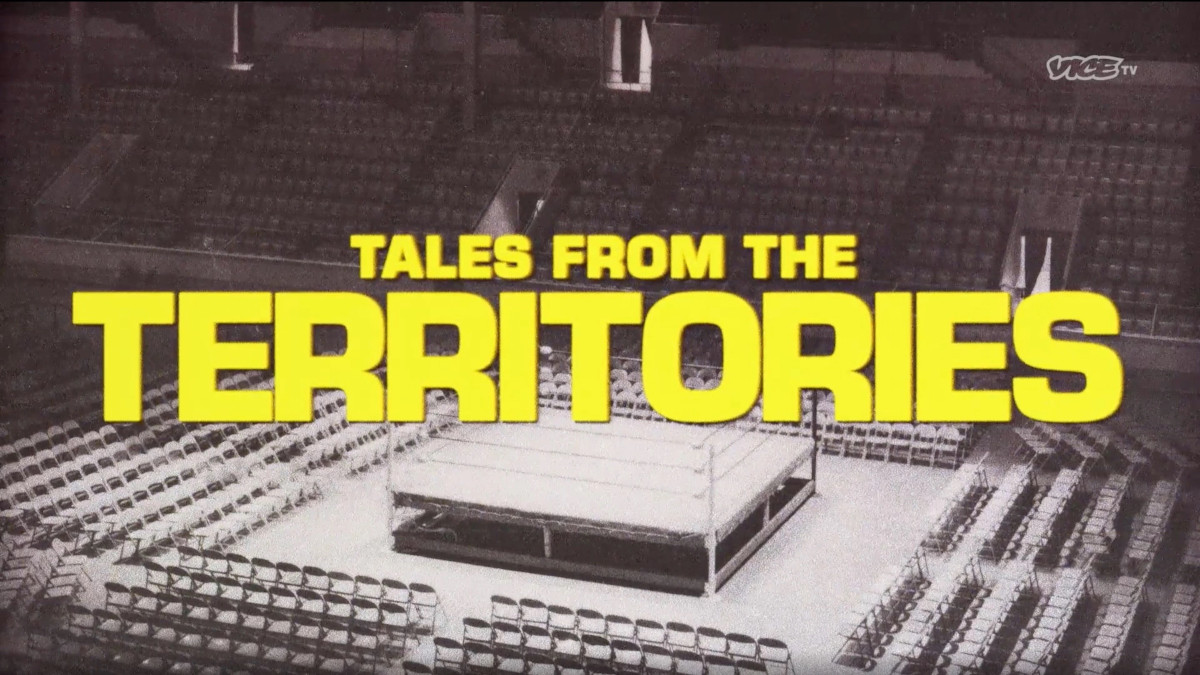 VICE TV recently announced to Variety that they will be debuting a new wrestling-based series called Tales from the Territories on their network on October 4th.

This upcoming new series was stated to be produced by Dwayne “The Rock” Johnson’s Seven Bucks Productions and Dark Side of the Ring series co-executive producers Evan Husney and Jason Eisener.

Per the official description of the show, the territory days were the time before wrestling expanded nationally, when different areas across the US and Canada, aka “Territories,” were areas dominated by unscrupulous bookers, rabid fans who fervently believed in their favorite characters and fearless wrestlers who blurred the lines between fiction and reality both inside and outside the ring.

On the topic of the creation of this new series, Seven Bucks Productions’ Senior Vice President of Creative Development and former WWE writer Brian Gewirtz stated:

“The wrestling business is filled with nuanced relationships and there’s a phenomenal history that we know fans are going to enjoy. In many ways the wrestling world is a family, they have great moments, tough times and everything in-between. There’s a rich history of untold stories which we can’t wait to bring to life.”

On the topic of working with Johnson’s company on the production of this new series, Husney and Eisener stated:

“We’re incredibly excited to expand the ‘Dark Side of the Ring’ series with this first-ever exploration of the hidden past of wrestling’s Wild West era, with a dream collaborator in Dwayne Johnson, who has such deep family roots in the history of the business. We can’t wait to showcase the fascinating stories of the pioneers who set the stage for wrestling’s worldwide pop culture dominance.”

An official teaser trailer for the new series was also released: