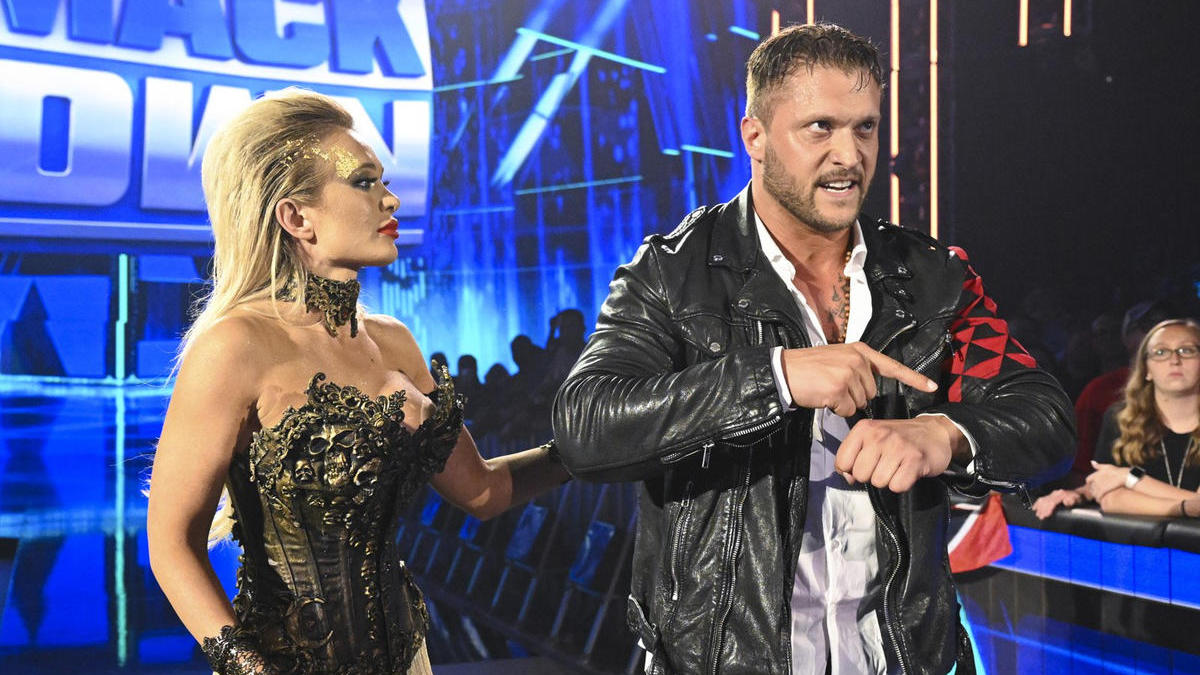 PWInsider’s Mike Johnson reported that his sources stated that both Kross and Bordeaux were recently added to WWE’s internal roster list for their SmackDown brand. Those same sources also stated that Kross is currently listed as the number two heel star for the brand, only behind Roman Reigns.

In regards to Bordeaux, it was reported that WWE officials currently do not have any plans for Bordeaux to wrestle and instead will be working as Kross’ valet.

Johnson reported that following Kross and Bordeaux’s releases from the company this past November, WWE officials had remained in regular communication with the couple.

In regards to Kross and Bordeaux’s status with Major League Wrestling, Fightful Select reported that their sources stated that the couple was never signed to official contracts with the company. It was also reported that despite the couple also being advertised for upcoming Control Your Narrative events, they had not committed to those dates.

Johnson speculated that the Alamodome would likely be the choice for host venue due to its past history hosting the 1997 and 2017 Royal Rumble events.

As noted before, NXT talent Tatum Paxley suffered a head injury at this past Saturday’s NXT house show event in Gainesville, Florida.

Paxley recently provided an injury update on Twitter stating that she is currently okay and thanked everyone for their support over her well-being.

Thank you everyone for reaching out and checking in!🖤 I’ll be ok! Accidents like these happen all the time in what we do.
Plus getting blood everywhere is super heavy metal 😤🤘🏼