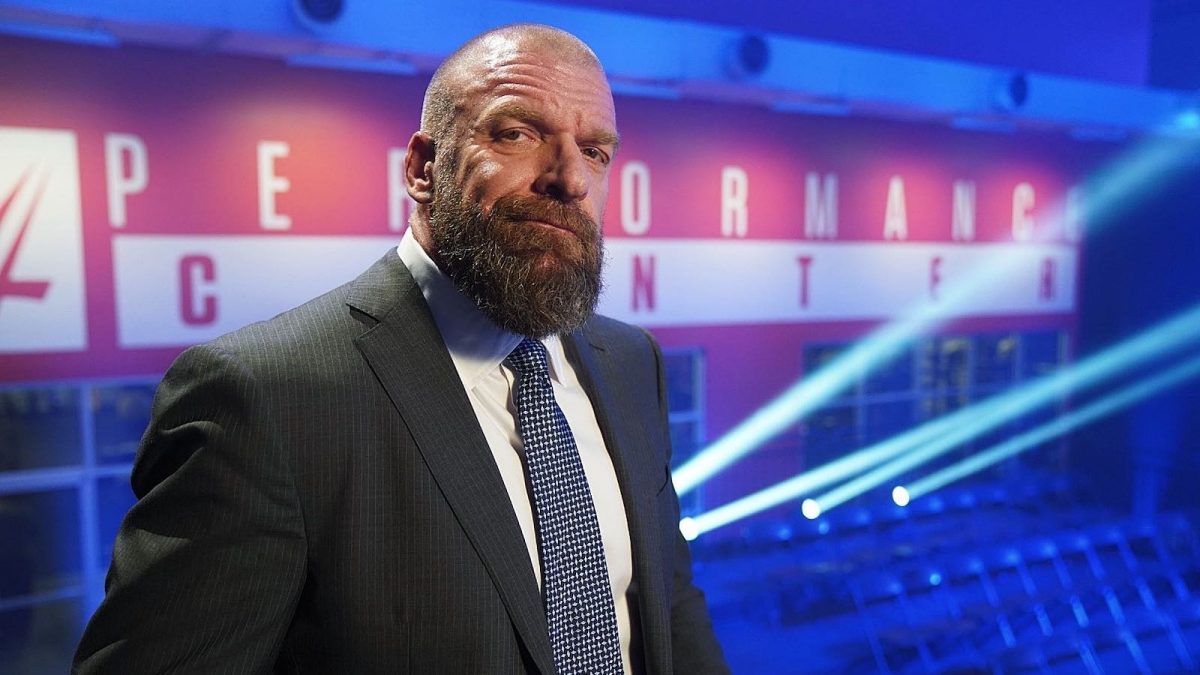 Triple H Comments on Importance of NIL Deals for WWE

A recent episode of the Impaulsive podcast had Paul “Triple H” Levesque as the guest. One of the topics discussed included Levesque’s thoughts on the importance of NIL deals for WWE.

“Vince and I sat down, this was years ago. Obviously I’ve worn Steph out talking about it before that. We talked about it. There was a moment in time where Vince was so successful at creating one brand but it in turn shut down all of these territories and all of the places that these guys had to go to learn this craft over time. We started talking about it in a manner of saying like in 10 years, 20 years from now, we’re screwed. Where are these guys coming from? Somebody’s gotta teach them but the guys were out there learning but it was not good. Somebody had to teach them properly and correctly and teach them how to do it right. So how do you do that? How do you get better quality athletes, humans, all that stuff. You build a performance center. You make it, at the time, super cutting edge where a professional athlete that is thinking about doing this can walk in and go like ‘Even if the money is not great up front, I get to be an athlete in a place like this? I’ll do this for a while and see if I can do this.’ That’s the kind of stuff that cuts it. Then you need a brand for them to learn on, so we created NXT, we rolled with that. The difficulty for us has been on the recruiting side, finding people with the passion to do this, with the athletic skill to do this, with the charisma to do it, which is king. [You also have to find] the right human beings. The biggest pool of people to do that is collegiate athletes. It’s why the NFL can let go of 500 players a year, because they have this ocean of talent coming into them at any point in time. For any person in college football that’s waiting to get in the NFL, there’s hundreds in other sports that no one looks at and there’s no professional avenue for them. When you get done being a hammer thrower, [they] either coach or get a gig doing something else that they got their degree in. But, we couldn’t engage with those collegiate athletes because of the NCAA rules and all of that. Even though we’re an entertainment company, we risked their eligibility.

Once NIL hit, it was a game changer because I could immediately talk to all of these athletes and offer them this opportunity, which for a vast majority of them are like ‘Oh my god, I grew up watching this like this is the opportunity of a lifetime and I’m 21 years old. Man, I’m gonna take this shot for a couple of years and be an athlete’. To now have that opportunity for these kids to go like wait a minute, I’m not going to go to the Olympics or whatever and I’m not gonna be a pro hammer thrower and I’m not gonna do all of these other things. What can I do? WWE throws an opportunity at you, which many of them probably had thought about. Now we’re getting right out to them and saying come with us. We have some college athletes on NIL deals where they’re…Ours is different, we’re not looking for a transactional thing where a chicken company [throws a] few grand and [tells them] to say that you love our chicken. We’re working with athletes that want to be a part of WWE, we’re looking for long term recruiting opportunities with these people and how we can make them long term bigger. They promote us. Every contest they go to, every game they go to, everything they go to they’re representing WWE like a walking billboard. When they get to the end of their college career, we’ve worked with them on their finances, we’ve worked with them on social media, we’ve worked with them on how to make yourself a brand so they’re getting bigger and bigger. If they don’t come with us at the end of it, okay, they’ve been a walking billboard for us for two years. If they do come with us, we’re already way ahead of the game in who they are as human beings and athletes. It’s the perfect mix for us.”

Levesque also stated that NIL deals can help create the next big superstar for the company.

“We can have the attempt at least to create the [next] Connor McGregor and we do. You’re right, we have generationally right from Bruno Sammartino all the way through to Roman Reigns right now and everything in between. You can even throw Brock Lesnar into that list because where did he learn to do the personality, the charisma, all of those other things that he had right. Athletically, yes, but the rest of it [is from] us. His level of promotion and all of that stuff was next level when he went to UFC and that’s what he jumped off on. Yeah, but what boxing and all of those sports do is they’re just waiting for the next generational talent. They’re waiting for somebody to come along that captivates you and we’re different. We can control that environment and we can control that narrative long term.”

WWE reportedly currently has plans for several NXT UK brand talents to travel to the United States and work for their NXT brand later this month, according to PWInsider. Mike Johnson reported that his sources stated that WWE officials recently held talks regarding potential excursion plans for several of their NXT UK talents. These same sources reportedly also stated that the names that have been discussed the most are Charlie Dempsey and Gallus’ Wolfgang, Joe Coffey, and Mark Coffey.

Los Lotharios member Angel announced on Twitter that he recently was given back his full ring name of Angel Garza in WWE.

DEFY Wrestling announced that they have recently pulled Karrion Kross from the card of their Doomsayers event on August 20th over undisclosed reasons. It was also announced that despite the change, Kross and Scarlett Bordeaux are still currently scheduled to appear at their pre-show fan meet & greet event.

During a Q&A panel at the Comic Con Wales 2022 convention this past Saturday, John Cena stated that his Mount Rushmore of wrestling would only feature Vince McMahon. Cena stated “I would change the monument. I would make it a one person statue and the face would be Vince McMahon.” (Transcript h/t: Fightful.com)

During the same Q&A panel, Cena also revealed that he will not be making an appearing at WWE’s upcoming Clash at the Castle event next month in Cardiff, Wales. Cena stated “I’ve been coming to Cardiff to fight for 15-plus years, and every time, it’s exciting and amazing. I’m not going to be at Clash.” (Transcript h/t: Fightful.com)