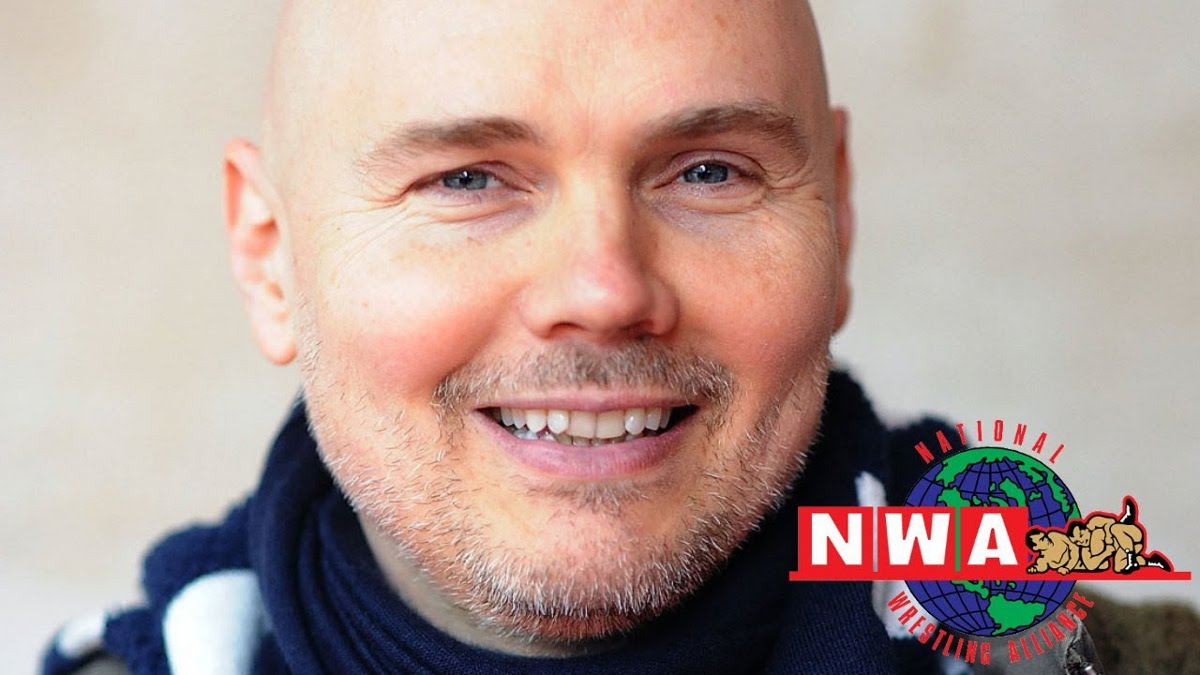 A recent episode of the Stories with Brisco and Bradshaw podcast had National Wrestling Alliance owner Billy Corgan as the guest. One of the topics discussed included Corgan’s thoughts on his current vision and booking for the NWA will be similar to the main event of this past Saturday’s Hard Times 3 event going forward, which featured Tyrus defeating Trevor Murdoch and Matt Cardona for the NWA Worlds Heavyweight Championship.

“Well, first of all, it’s been very hard for the general wrestling community to understand, is to me, the NWA is a mainstream product. I want to bring back the traditional mainstream wrestling product to television, national television or international television. It’s not complicated. In terms of the vibe, I like that old shooter vibe. I want you to watch people that you believe can beat your ass. That’s it. I want the toughest to win, and I want the toughest to feel like they’re the stars of our company. It’s interesting because as I’ve pivoted to that over the last 18 months, and really built the company around the toughest people, not always the biggest but the toughest people, I really see how it’s starting to really click. In essence, I’ve finally that passion that I had for bruiser when I was a kid to the modern version of the NWA. A lot of people in the wrestling community, and I know it’s a hotly debated topic, they like what’s going on with, I call it the eight-star Meltzer matches and all that stuff. I like that stuff too, but if we’re just talking business, just straight business, not fan stuff, I still believe in Brock Lesnar versus Bobby Lashley. In this upcoming main event, Matt Cardona, who’s recast himself on the independent scene as the star that he is, versus Tyrus, who’s 6’8, 375 pounds, versus Trevor Murdoch, who’s 6’3 and another 350. I wanna see that match. If you don’t wanna see stuff like that, don’t watch the NWA. Because that’s what I’m gonna give you more, and more of that. As we climb and I’m able to kind of develop younger talent in the mold of the NWA, we will be the toughest, hardest-hitting wrestling promotion in the world. I know there’s that strong style in Japan, but to me, that’s a different psychological… hard to explain. I don’t mean it disrespectfully. It’s just a different psychology.”

Corgan also gave his thoughts about the NWA’s Women’s division.

“I make the argument, we probably have the toughest women in the business right now. I love it. I love women who can be strong, beautiful, and vicious. I think that’s a beautiful combination. With the men, I want the meanest, toughest elephants in the middle of the room. If you can’t hang, then go and go and press somebody else somewhere else. My NWA will be, if you wanna old-school, you wanna call it AWA, you wanna call it Florida with Eddie Graham, you call it whatever you want. Put it this way, and I say this respectfully to you, Mr. Brisco, I want you or Bruiser in heaven, I want you guys to look at what we’re doing and be proud because I believe that is the business. I’m not saying there isn’t other variations of the business. If you asked me in rock and roll, who are the greatest bands of all time, I’ll tell you Led Zeppelin, The Beatles because they were great at every level and every facet of the game. When I look at the old-school style, why was it that way? Because it was gonna draw the most money and bring the most people in, and it did, repeatedly. Now we’ve broken in all these micro-genres and sub-cults and stuff like that. I still believe the business, in capital letters, is what I’m describing. Again, it’s not sentimental. But I spiel hope that when you see what we’re doing and as we progress, that’s the business. That’s the way to draw, that’s the way to keep people coming back.”

As noted before, National Wrestling Alliance talent Nick Aldis announced earlier this month that he had given his notice of his intent to leave the company. Following Aldis’ announcement, the NWA suspended Aldis over his actions.

Aldis recently announced on Instagram that he currently believes that the NWA has become the most toxic brand in wrestling after their recent actions this month, including their handling of the main event of Hard Times 3.

“I hope now you see why it was important to me to let you know that I had given my notice to the NWA BEFORE this ppv. What was once a promising endeavour that I turned down bigger opportunities to take the lead on, has become the most toxic brand in pro wrestling.

Thank you all for the support.”

The National Wrestling Alliance reportedly generated an attendance of around 600 to 700 for their Hard Times 3 event this past Saturday in Chalmette, Louisiana, according to PWInsider.

NWA owner Billy Corgan reportedly was not in attendance backstage at this past Saturday’s event due to Smashing Pumpkins band commitments, according to PWInsider. Mike Johnson reported that Pat Kenney, Joe Galli, and Kyle Davis were the main people who ran the show in Corgan’s absence.

Tyrus recently reflected on Twitter over his NWA Worlds Heavyweight Championship victory at this past Saturday’s Hard Times 3 event.