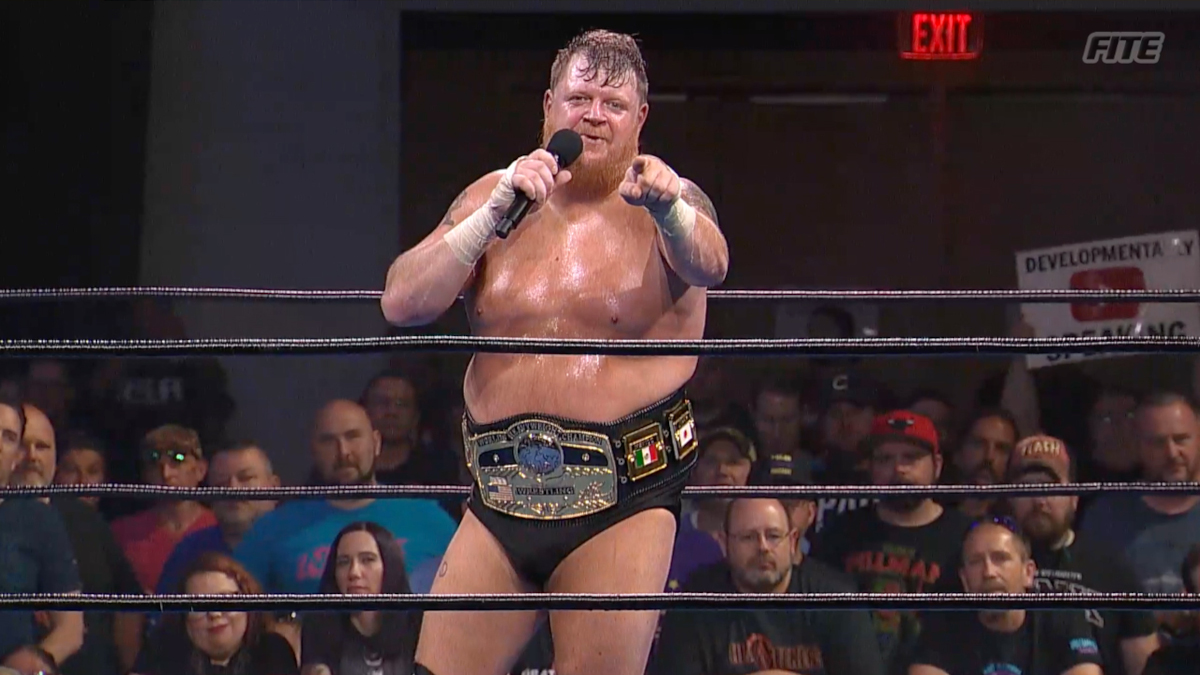 A recent episode of the NBC Sports’ Ten Count podcast had National Wrestling Alliance owner Billy Corgan as the guest. One of the topics discussed included Corgan’s thoughts on the NWA currently being in a similar position that Extreme Championship Wrestling was during the mid 1990s.

“I feel like we’re in that ECW mid-90s position where, we’re actually building something that has a lot of momentum, but the general business doesn’t understand that something is happening on the ground because they’re focused on what’s happening elsewhere. That’s what I keep telling people, don’t sleep on us. They’re going to wake up one day and be very surprised that we’re very competitive. Everything I’m doing is to rebuild the culture of the NWA from the ground up. It’s not always as flashy as I would like it to be or splashy, but once we hit our stride, and we’re just about there now. When you look at the physicality of the NWA as opposed to other wrestling companies, that’s really going to be the difference maker. We’re pretty much the most physical company out there. When you’re trying to attract new fans, mainstream fans, lapsed fans, and fans who at some point burn out on too much no selling, they’re going to come back around to the NWA and realize that there is validity there that is timeless. That’s what we’re going on and it’s starting to really click now.

This last year, it’s really turned the corner and starting to look like the company that I hoped I was buying and how I built it. Whether you pop in now or next time, when you do, you’re going to be surprised at the level of quality. That goes back to the argument about the EmPowerrr show. It’s very trendy to say that I’m doing something. It’s another thing to actually pull it off. What the NWA stands for now is every time we run a pay-per-view, it’s very very good. Very very solid. Top to bottom. Our midcard matches are just as important as our main events. There was a time where we had a couple of ‘cool’ matches and pretty good main events and other stuff where you were like, ‘could have been a TV match.’ We don’t run those pay-per-views anymore. Don’t sleep on us.”

PWTorch held a recent interview with current NWA Worlds Heavyweight Champion Trevor Murdoch. One of the topics discussed included Murdoch’s thoughts over the lack of another all-women’s Empowerrr event in the NWA and the online criticisms the company has received over the issue.

“It’s a subject where, I’m going to get heat in whatever direction. Any answer, other than, ‘we are going to do it,’ I don’t think would have satisfied anybody. First off, look at the first EmPowerrr. We had a quarter of our girls on that show. We had girls from all over the globe, we had girls from other companies. We had different working relationships with other companies when we did that first EmPowerrr. Number two, when you look back at the first EmPowerrr, how many talents we had on that card for that show, there were a lot of wrestlers on that show. A lot of people don’t understand, someone had to pay that bill. Someone has to pay those girls, as much as Tony (Khan) wanted to chime in and say he paid for Leyla, which is great, but Billy covered the rest of that shit. That’s a huge bill.

When it came down for the second EmPowerrr, there isn’t a book out there that just has every great female wrestler out there and we can just look at it and go, ‘We get this person, that person, this person.’ Granted, I know there is a ton of fans out there that can give me a list of 10 or 20 people that they know in their area that can fit on that show. In the same sense, I understand you’re fans of those women, but maybe they haven’t done what they need to do to stand out to get the attention that they need to. There are so many factors in there into what was said in that statement. It’s easy for people to jump on the negative, ‘you guys are assholes,’ there are a lot of factors going into the decision and a lot of factors going into EmPowerrr to make it successful. Some of the people who are publicly making comments and are upset and it was part of their decision, privately, they were burying the whole thing. That’s what makes me shake my head. Publicly, people want to say one thing, but privately, they were saying the opposite. I’m not going to air someone’s dirty laundry out. I heard it from the horse’s mouth. There are so many factors that go into it. Not to mention, some of the girls that we booked for the last EmPowerrr, the dates didn’t match up. They were already booked other places or were already with another company where they’re not allowed to wrestle for us. Why think of all that shit? Why put all that into consideration? It’s easy to look at a rich musician and bury him for one single comment and not put any thought in it. So many more dates and women were free and available because there weren’t as many promotions running. Now, we’re back into the thick of it and we’re working in front of crowds. People are trying to get jobs in other places. A lot of factors went into it and a lot were out of our control.”

In a separate interview with MuscleManNation podcast, Murdoch gave his thoughts on the recent comments made by Corgan over his claim that not enough women wrestlers can work the NWA style for the lack of another all-women’s event.

“You’re going to have to have women…we’re a smash mouth style of pro wrestling, but we’re also safe. Oh man, there are going to be girls who are going to bury me because there’s no right or wrong answer for this. At the time, from what I was told, there wasn’t enough women that we could get and put together and have the show the same quality as the year before. I’m sure there are a lot of amazing female wrestlers out there, and there still are a lot of amazing female wrestlers, girls are out there killing it. At the time, we couldn’t find enough. Now, everyone has made a list, like thousands. Did we have that list before EmPowerrr? No, we didn’t. No one wants to think about that though. It’s just easy to jump on the bandwagon. Let’s be realistic.”

The National Wrestling Alliance reportedly currently has plans for a new NWA Worlds Heavyweight Champion to be crowned at their Hard Times III event this Saturday in New Orleans, Louisiana, according to Fightful Select.

Fightful Select reported that their sources stated that NWA officials are currently planning for Tyrus to defeat Trevor Murdoch for the NWA Worlds Heavyweight Championship at the event. Those same sources also stated that NWA recently ordered an altered size title belt to be produce and might have been sized to fit Tyrus.

It was also reported that one reason for Tyrus recent big push in the company is due to his Major Bendie action figure is currently the most sold action figure out of the entire line of figurines. Tyrus’ appearances and exposure on Fox News reportedly has been credited as the reason for his high action figure sales.