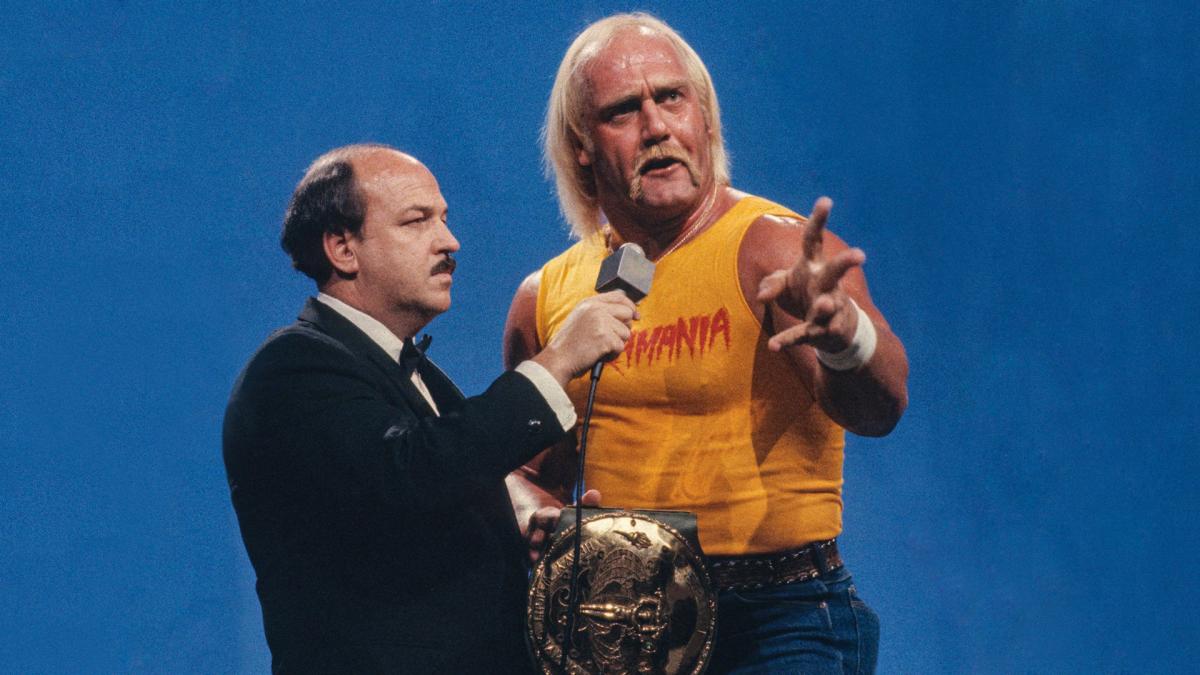 WWE announced that Hulk Hogan will return to Raw this Monday night to “honor his longtime friend” Mean Gene Okerlund, who died this week at age 76.

So began many of Hulk Hogan’s most memorable proclamations, making interviewer and backstage personality “Mean” Gene Okerlund a cornerstone of Hulkamania in the 1980s. Now, in the wake of Okerlund’s recent passing, Hogan returns to WWE programming this Monday night on Raw to honor his longtime friend.

In a Twitter post Tuesday night, Hogan called “Mean” Gene “the best partner I ever had” while describing their incredible off-the-cuff chemistry during their backstage interviews. That synchronicity even led to an unusual tag team partnership when Hogan and Okerlund battled George “The Animal” Steele and Mr. Fuji in 1984. Their training sessions before that match, which can be seen below, were perhaps even more entertaining than the bout itself.

Hogan and Okerlund’s friendship spanned the decades, from WWE to WCW and back to WWE. On Monday night, Hogan honors his brother.

Hulk Hogan appeared at Crown Jewel in Saudi Arabia in November, but this would be Hogan’s first appearance on WWE TV since he was fired in 2015.

The best partner I ever had. We never rehearsed or did anything scripted from a writer. Gene would ask me “hey big man what do u want to do?” I would always answer “just follow you brother” and it worked from 1980 – 2017. RIP my brother HH pic.twitter.com/OBtn6NxT1E