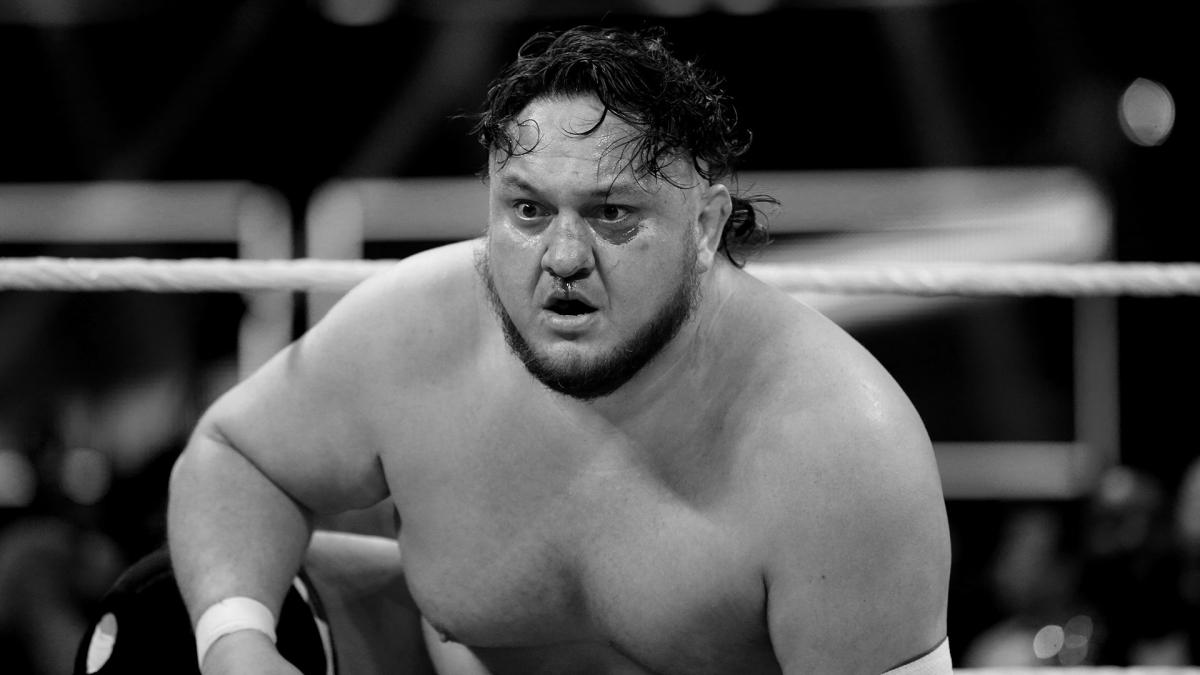 The Samoa vs. Rey Mysterio match was cut short because Samoa Joe was busted open early and WWE made the call to immediately end the match, according to PWInsider.

The match went about 1:40. About a minute in, Mysterio hit Joe with a springboard senton, which busted open Joe’s nose and sent blood flowing. Joe hit a few punches then went for a powerbomb, but Mysterio countered into a roll up to win the match and United States Championship.

There was a post-match angle that went on as planned, where Joe beat down Mysterio in front of Mysterio’s son Dominick.

There was also concern that Rey Mysterio may have been injured in the post-match beat down. He was getting his shoulder checked out backstage after the match, according to PWInsider.