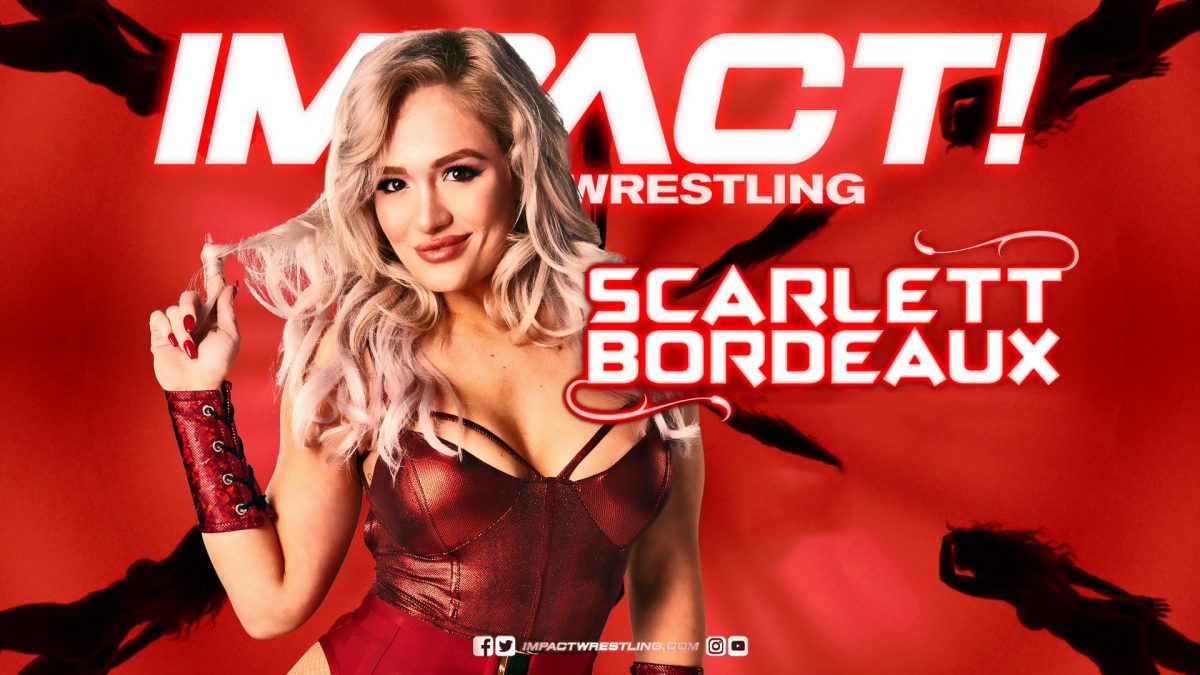 Impact announced today that they have released Scarlett Bordeaux from her contract. Scarlett requested her release last month.

IMPACT Wrestling confirms that it has released Scarlett Bordeaux from her commitments to IMPACT. We wish her every success in her future endeavours.

I couldn’t be more excited to just be a free agent for a while. With that being said, promoters I’m looking to fill July 6th and July 19th! BookScarlettBordeaux@yahoo.com#Independent #Smokeshow #StillMakingWrestlingSexyAgain https://t.co/owUZskKWro

Her contract was originally set to expire in the summer of 2020. She debuted for Impact in July 2018 and was only part of non-wrestling segments until she finally made her in-ring debut for the company in March.

In a recent interview on the Wrestling Perspective Podcast, Killer Kross, who is dating Bordeaux, said that Bordeaux’s financial situation in Impact was not good and she was living at home with her mother.

Kross also requested his release from Impact last month because of unhappiness with his pay, but as of now, Impact will not be granting the request, according to PWInsider. The two sides have been reportedly working together to try to work something out. On the Wrestling Perspective Podcast, Kross talked openly about his pay issues with Impact, among other things, and people in Impact were reportedly not happy about the interview, PWInsider says.