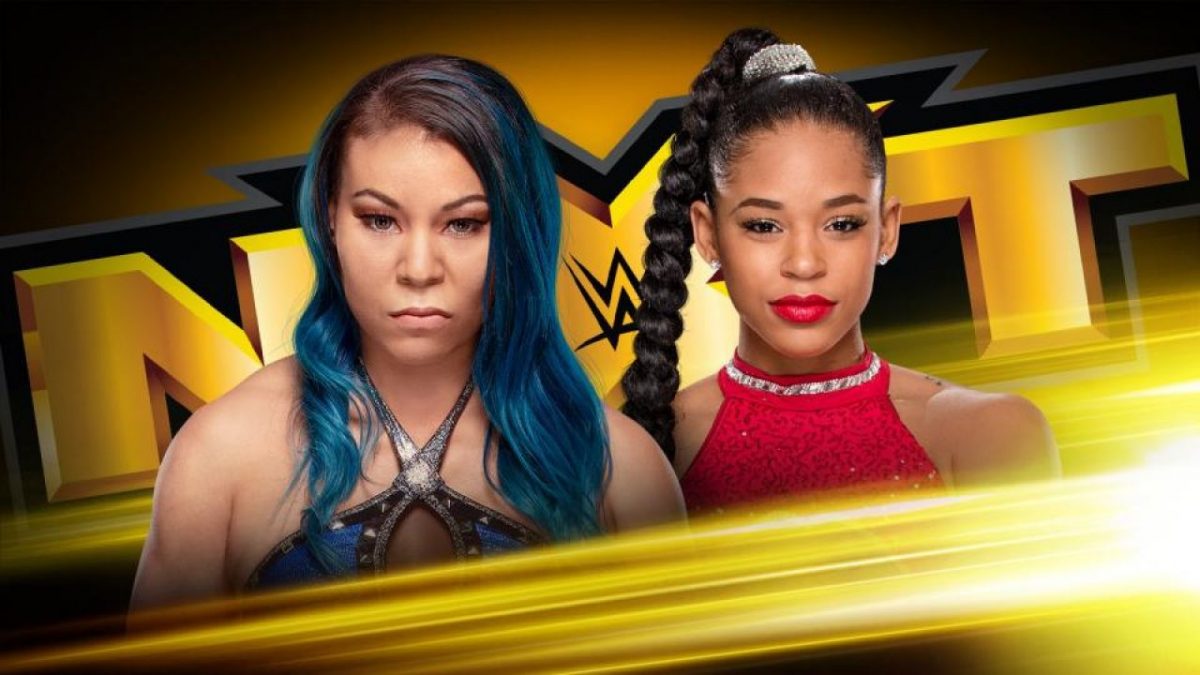 Reeves tries to sneak up on Lee but Lee sees him. They lock up and Reeves with a wrist lock. Lee with a reversal into a wrist lock. Reeves goes to teh apron but Lee pulls Reeves back into the ring. Reeves with a side head lock but Lee holds on to the wrist lock. Reeves leaps over the top rope to the floor but Lee holds on and he brings Reeves back into the ring by the wrist. Lee sends Reeves over his head and Reeves lands awkwardly and holds his knee.

Lee gets Reeves on his shoulders for a jackhammer from a fireman’s carry for the three count.

We take a look at the NXT Women’s Title match.

We go to Io Shirai after the match and she says that she is not done with Shayna. Next week, Candice LeRae and Io Shirai will face Marina Shafir and Jessamyn Duke.

We are back with a look at the NXT Tag Team Championship Match.

We get comments from the new tag champs in the back. They say it feels great to be champions. Dawkins says hard work and dedication every day got them the titles. Angelo says you cannot forget the people who have been there since Day One. He has the man who has been filming them since day one join in the celebration. They have some words with him because he is not wearing a Street Profits shirt, but they are going to fix that.

We move on to a look at the NXT North American Championship Match.

Bianca with a kick and clothesline for a near fall. Belair goes for an abdominal stretch but Mia blocks it for a moment. Bianca applies the abdominal stretch. Belair adds an abdominal claw to add more pressure. Mia escapes the hold and takes Belair down with a hip toss. Belair with a tilt-a-whirl gutbuster for a near fall. Belair pie faces Mia and then Belair rubs Mia’s face in the mat and then Belair with a bow and arrow. Mia escapes and gets a near fall with a lateral press. Belair with a knee to the midsection. Belair works on the back. Belair sits on MIa’s back and she goes for another splash to the back but Mia gets her feet up. Mia with a rollup. Belair sends Mia face first into the mat again and connects with forearms. Mia with a take down into a cross arm breaker but Belair keeps Mia from fully applying it.

Belair gets a near fall. Mia with a guillotine but Belair with a spinebuster and Mia releases the hold. Mia sends Belair to the floor. Belair with a bow and arrow using the ring post. Mia pulls Belair face first into the ring post and Belair holds her shoulder. Mia with forearms to the back and arm. Belair gets Mia up with a double chicken wing but Mia counters into a victory bomb into the ring steps. Mia sends Bianca back into the ring and Mia returns as well. Mia with kicks and then hits a drop kick. Belair goes into the turnbuckles but Mia floats over and applies a tarantula. Mia hits Code Red for a near fall. Mia with Kawada kicks to the head. Belair with a German suplex to MIa and both women are down.

Belair gets a near fall. Belair gets another near fall. Belair shows some frustration. Belair wraps her hair while setting for a power bomb but Mia with a guillotine. Belair escapes and Mia with a back heel kick and a kick to the chest. Belair with an elbow and she goes to the turnbuckles but misses when Mia moves. Belair rolls through and Mia with a kick and Mia hits Protect Your Neck from the turnbuckles for the three count. 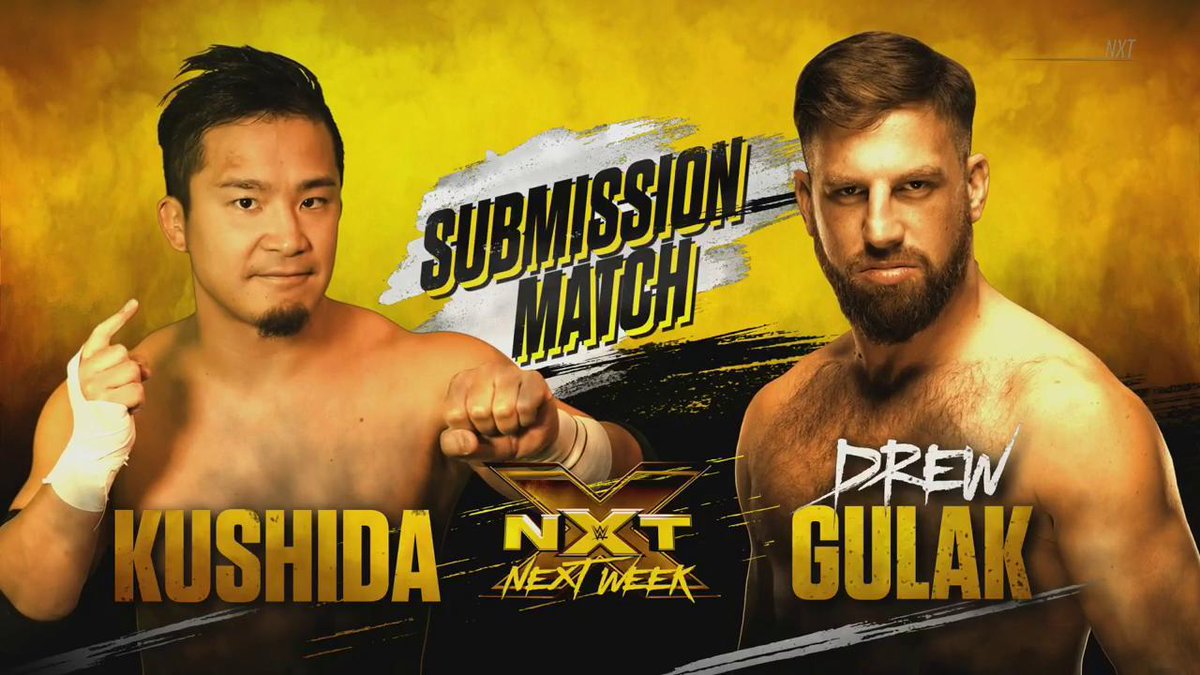 We are back with a look at last week’s show when KUSHIDA defeated Drew Gulak.

KUSHIDA accepted the challenge and that match will take place next week.

STILL trying to get our emotions in check after @JohnnyGargano vs. @AdamColePro at #NXTTakeOver: XXV. 😭😭😭 pic.twitter.com/f5OTVAnYj1

We look at the NXT Men’s Championship Match.