AEW Announce Team Update: Tony Schiavone Might Not Be on Commentary Yet 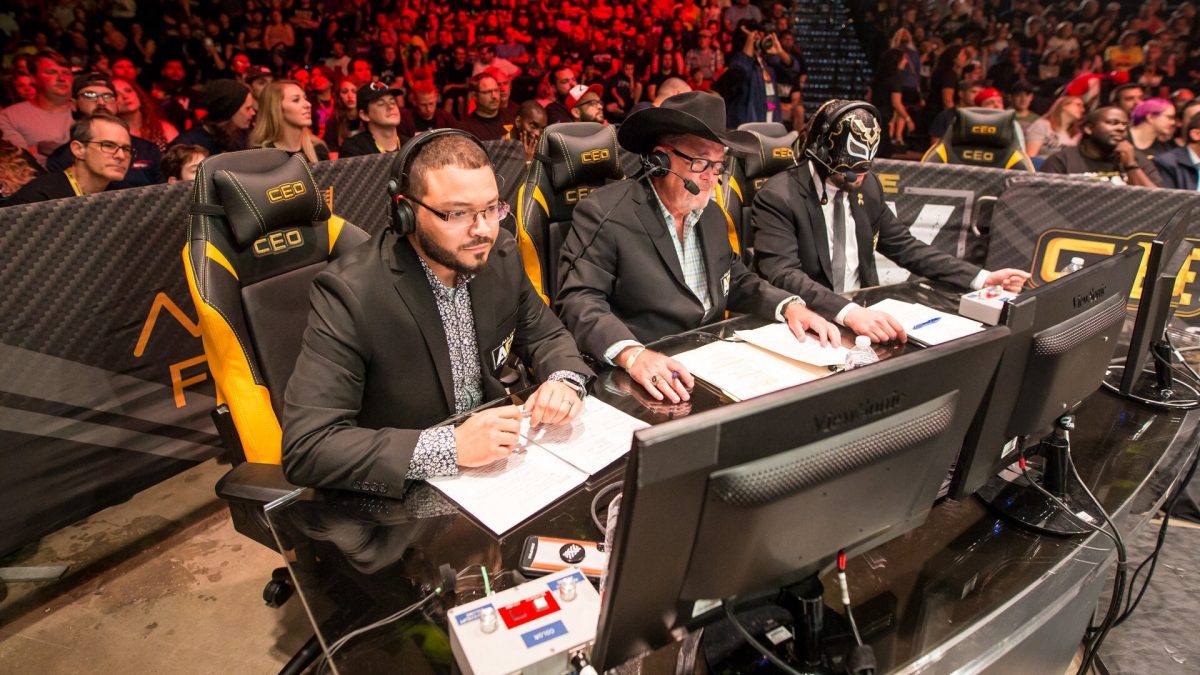 Despite that wording, Schiavone apparently is not going to immediately join AEW’s TV announce team.

According to Dave Meltzer on Wrestling Observer Radio, AEW’s commentary team for TV and the All Out PPV will be Jim Ross, Excalibur and Alex “Goldenboy” Mendez. AEW announced Goldenboy’s signing last week.

Goldenboy, who did commentary alongside JR and Excalibur at Fyter Fest in June, will replace Alex Marvez at the announce table. Marvez will likely still take part in backstage and studio segments, possibly as a backstage interviewer.

For now, Tony Schiavone will also likely do backstage and studio segments, and may join the commentary team every now and then.

Schiavone is still going to be doing play by play for MLW, the University of Georgia’s football and baseball teams, and more, which could cause some scheduling conflicts on Wednesdays.

He won’t be at All Out this Saturday because he’ll be doing commentary for a University of Georgia football game.

Meltzer said that AEW is still trying to figure things out for their announce team going forward, so things can always change.