John Morrison, The Usos and Sheamus Return on SmackDown (Videos) 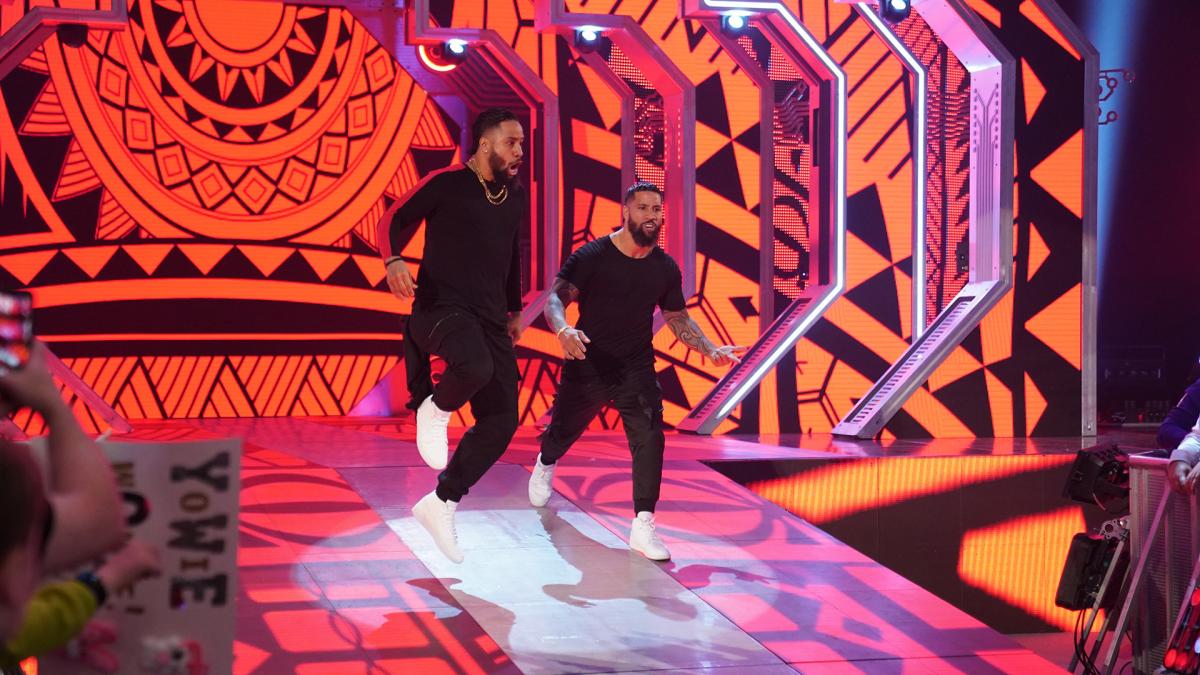 There were three returns on tonight’s SmackDown in Memphis.

John Morrison, who signed with WWE in September, made his WWE return tonight for the first time since 2011 in a brief backstage segment.

Cathy Kelley knocked on The Miz’s locker room, but Morrison came out and said that “The Miz doesn’t have anything more to say tonight,” and shut the door.

Morrison frequently teamed with The Miz between 2007-2009, with the team winning tag team gold twice.

The Usos made a surprise return at the end of tonight’s main event, which featured Roman Reigns & Daniel Bryan taking on King Corbin and Dolph Ziggler.

After Bryan was taken out by Bray Wyatt, Corbin and Ziggler attacked Reigns, handcuffed him to the ring rope and were about to pour dog food on him again, but the Usos’ music hit and they ran out for the save, superkicking Ziggler and Corbin then hitting them with suicide dives.

They hadn’t been on WWE TV since July 29. Jimmy Uso was arrested for a DUI on July 25, which was likely a major reason for their absence.

After a few weeks of video promos, Sheamus made his live return tonight.

After Chad Gable defeated Dash Wilder, The Revival attacked Gable until Sheamus’ music hit. The Revival escaped the ring as Sheamus entered, but Sheamus then turned around and nailed Gable with a Brogue Kick.

Sheamus hasn’t wrestled since April 9, when he reportedly suffered a concussion. He’s been cleared for some time, but WWE apparently was waiting until they had something planned for him.