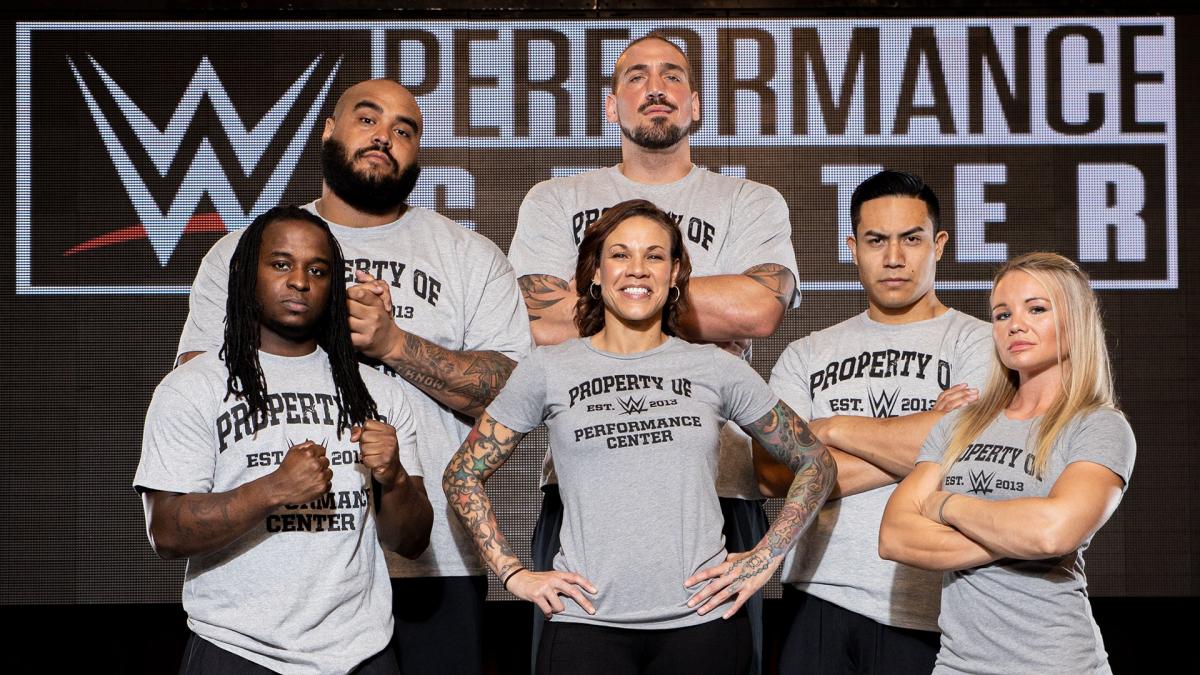 Atlas’s signing was reported in October. He was considered by many to be the top unsigned wrestler coming out of PWG’s Battle of Los Angeles tournament in September and received offers or had interest from every major US promotion before ultimately signing with WWE.

First in my family to turn a dream into reality. “Superstar” wasn’t just a moniker, it was a vision I set for myself. Proud of who I am & where it lead me because I’m right where I belong. @WWENXT – Let’s change the world. #WeAreNXT pic.twitter.com/kgUnljs6dU

Mercedes’ signing was reported last week. She’s been an indie wrestling mainstay for several years and was part of both of WWE’s Mae Young Classic tournaments. She also wrestled on a few NXT shows in 2017 and 2018, was in the Casino Battle Royale at AEW All Out in August, and wrestled on AEW Dark in November.

See that SMILE??!!! who says dreams cant become a reality?!! I worked for this moment for 19yrs!! I'm where I'm SUPPOSED to be at this moment in time. Sacrifice, determination, hardwork, motivation, & staying humble got me here. THANK YOU 🇵🇷🏳️‍🌈❤@WWEUniverse @WWENXT pic.twitter.com/9JT0VdpBKT

Kenny Marquez, a.k.a. independent wrestling standout Jake Atlas, brings his unique experience in gymnastics and cheerleading to the WWE PC. The 25-year-old California native broke out in promotions like Pro Wrestling Guerrilla, and appeared on an episode of “Undercover Boss,” featuring Stephanie McMahon, where Marquez explained to WWE’s Chief Brand Officer that his dream is to become the first openly gay WWE Champion.

Jazmin Benitez, a veteran grappler known worldwide as Mercedes Martinez, is no stranger to the WWE Universe. She made it to the semifinals of the inaugural Mae Young Classic in 2017 and returned for the second edition of the tournament in 2018. She’s also competed on NXT television on several occasions.

Emily Andzulis of Powell, Tenn., brings a diverse athletic background with her to Orlando. The 27-year-old is a blue belt in Brazilian Jiu Jitsu and trains in Taekwondo. She competed on Dwayne “The Rock” Johnson’s “Titan Games,” and was crowned the first female Titan.

Anthony Francis is a 6-foot-5, 330-pounder with five years of NFL experience under his belt. The former defensive tackle played for the Miami Dolphins, Seattle Seahawks and Washington Redskins.

Sidney Bateman is a 27-year-old acrobat from St. Louis, Mo. Bateman was a cast member for Cirque du Soleil’s “LUZIA” show, where he specialized in hoop diving.

Zechariah Smith towers over the new recruits at 7 feet tall and 310 pounds. The Oklahoma native played college basketball for Morgan State University before going pro internationally. He also played for the longtime rivals of the Harlem Globetrotters, the Washington Generals.