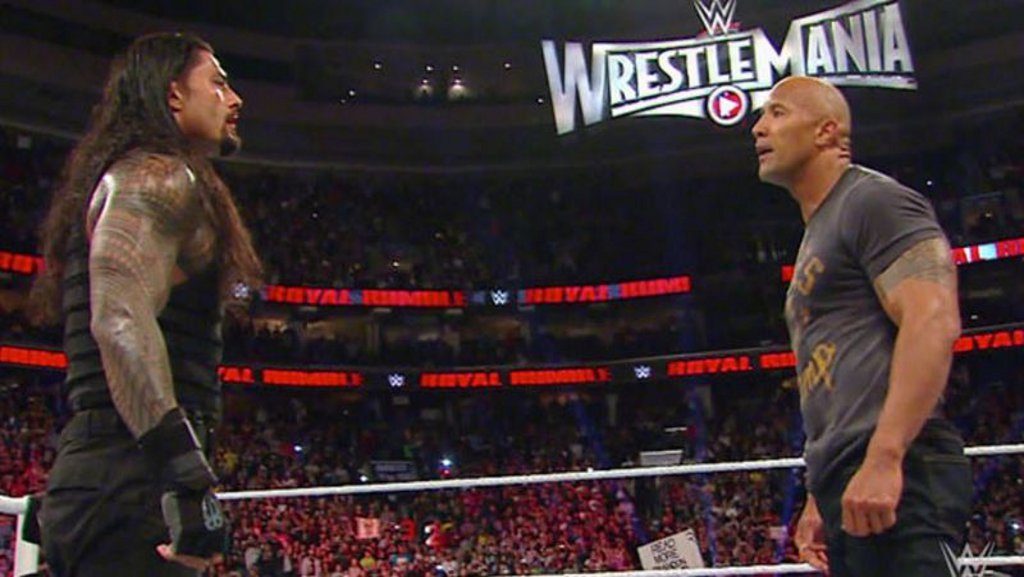 During WWE’s WrestleMania 37 media event in Los Angeles this past Tuesday, ESPN held an interview with Roman Reigns, who revealed that he would like to wrestle The Rock at next year’s WrestleMania.

“Hey, DJ, check it out. Not bad, right? I mean, the weather is good. Everyone is always talking about a dream match, me and him. First of all, we’re family, so it’s all love. If there was gonna be an event for him to compete in, to perform in, a venue to hold that mass scale of attention he’s gonna bring? It’s right here in your backyard. You ain’t gotta go far.”

Dave Meltzer reported in this week’s Wrestling Observer Newsletter that his sources stated that the talent listed for the match was only meant as a placeholder for early advertisement reasons and likely will have changes made prior to the event. Meltzer also reported that Reigns is currently scheduled to win that match due to WWE having him penciled in for some time now as Bray Wyatt’s opponent for the Universal Championship at WrestleMania 36.

Alcantar will be using the ring name of Jorge Bolly in NXT and will be teaming with Raul Mendoza in a tag team match at the event.

The Wrestling Observer’s Dave Meltzer reported in last week’s Newsletter that Alcantar’s NXT debut had originally been put on hold due to him suffering a knee injury shortly after his WWE signing this past September.