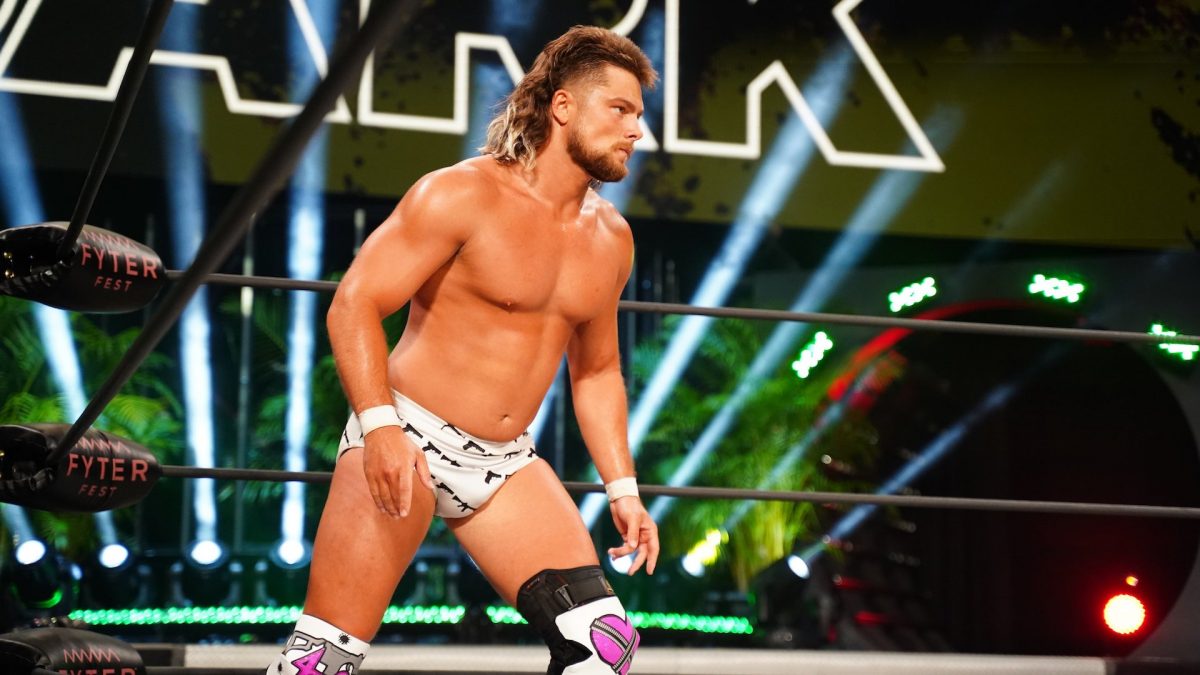 As noted before, Major League Wrestling talent Brian Pillman Jr. made a guest appearance in the crowd at night one of AEW’s Fyter Fest special last week. Pillman Jr. also made his official in-ring debut for the company during this past Tuesday’s episode of AEW Dark. Despite his recent appearances in AEW, MLW stated earlier in the week that Pillman Jr. is still under contract with them.

Dave Meltzer reported in this week’s issue of the Wrestling Observer Newsletter that MLW officials currently do not have any problems with Pillman Jr. working for AEW while under contract. Meltzer reported that Pillman Jr.’s current MLW contract is less restrictive than newer contracts issued by MLW in regards to where talent are allowed to work outside of the company.

Meltzer also reported that Pillman Jr. recently had asked for his release from the company but his request was denied.

Wrestling website 411Mania.com held a recent interview with Stu Bennett, known as Wade Barrett in WWE. One of the topics discussed included his thoughts on WWE’s NXT UK brand not being beneficial to the United Kingdom wrestling scene.

“I wouldn’t say it’s helped the UK scene. I would say it’s helped the wrestlers who have been signed, but outside of that, I don’t think it’s been beneficial. You’d have to look at the affect it’s had on some of the companies or some of the independents, the independent companies, who were thriving prior that versus now. So, I don’t think it’s been beneficial to the scene at all. I understand why WWE have done it. They want to have a stake hold there. It was not coincidental that NXT UK was brought out at the same time that WOS [World of Sport], which at the same time, was seen as a threat to WWE over in the UK. It wasn’t coincidental, however, it’s been portrayed by them, and I think we all know the truth behind that. Again, that’s business. I understand why they did it. I’m not casting them for doing that, but to portray it as beneficial to the UK as something benevolent is ludicrous. And as good as the product might, it’s certainly not something that’s helped the UK independent scene.”

Ring of Honor announced that next week’s episode of ROH TV will be a tribute show dedicated to the late Hana Kimura.

Irish-based Over The Top Wrestling announced that they have recently enacted several company-wide changes in response to the recent sexual harassment and abuse allegations against several former talent.

A trademark for the “Rock ‘n’ Roll Express” was filed by Ricky Morton on June 30th for wrestling and entertainment-related purposes.

Scout Comics are currently selling limited edition variant versions of comic book Assassin and Son, which was co-written by the late Shad Gaspard and Marc Copani (Muhammad Hassan in WWE). Copani stated on Facebook that all proceeds generated will be donated to Gaspard’s family.

Game Changer Wrestling announced that they will be holding an event called Keep in Touch on August 2nd in Indianapolis, Indiana.