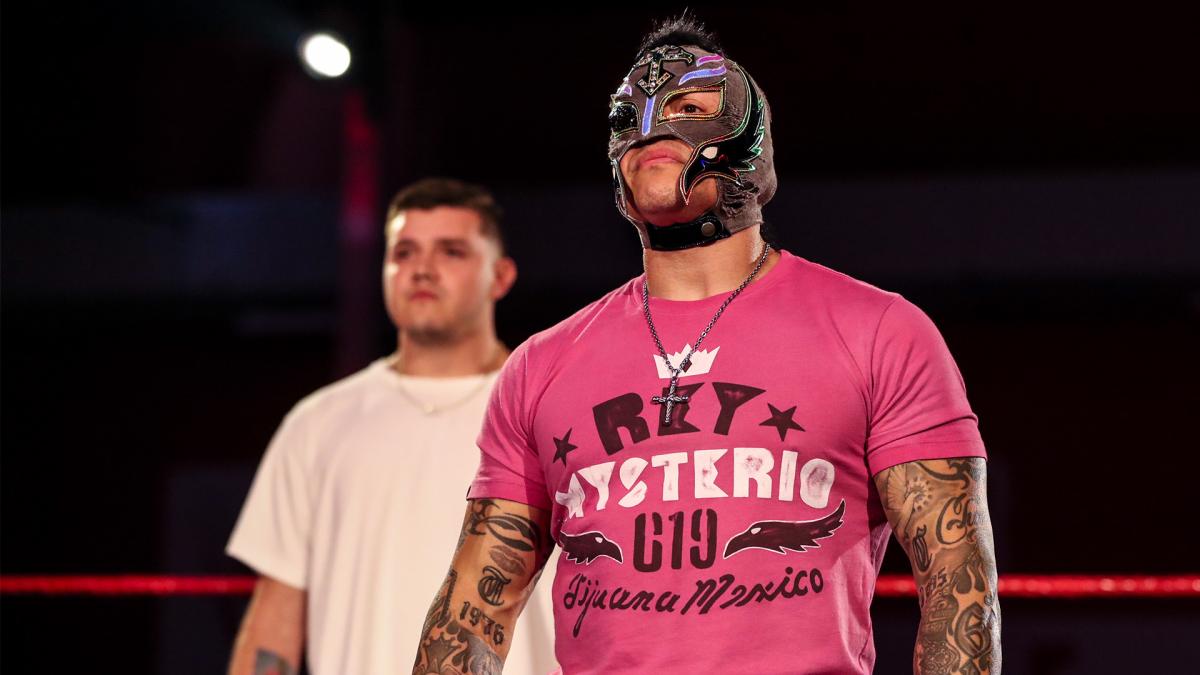 As noted before, Rey Mysterio has been in talks with WWE for the past several months regarding a potential new contract with the company. A potential deal between the two sides reportedly is very close to being finalized if it hasn’t been already.

Dave Meltzer reported in this week’s Wrestling Observer Newsletter that WWE’s current offer is for three years in length although the monetary amount nor any other details were not revealed.

It is also not currently known if Mysterio has signed a new contract or not with the company.

As noted before, WWE officially announced that their Talking Smack series would be making its return with Kayla Braxton and Xavier Woods as the new co-hosts. The debut episode of the revived series had one change made with The Miz replacing Woods as a co-host.

Pro Wrestling Sheet’s Ryan Satin reported that while the debut episode of Talking Smack and all future episodes will be taped each week following Friday Night SmackDown, the episodes will only air on the WWE Network on Saturdays to allow SmackDown to air in all of FOX’s television markets first.

WWE currently airs RAW Talk following each episode of RAW on Mondays on the WWE Network at 11PM ET.

WWE to Issue Fines Towards Fans Who Violate ThunderDome Rules

As noted before, WWE recently opened registration for fans to apply to become members of their audience for their ThunderDome style shows at the Amway Center in Orlando, Florida.

Pro Wrestling Sheet’s Ryan Satin reported on Twitter that those who were invited for WWE’s ThunderDome test run on Thursday were informed of additional terms that involved the issuing of fines towards any fan who violates the company’s ThunderDome guidelines during shows.

There are a lot of things you have to agree to saying you’re responsible for any fines they may incur if you act inappropriately. https://t.co/9puKEImOtM