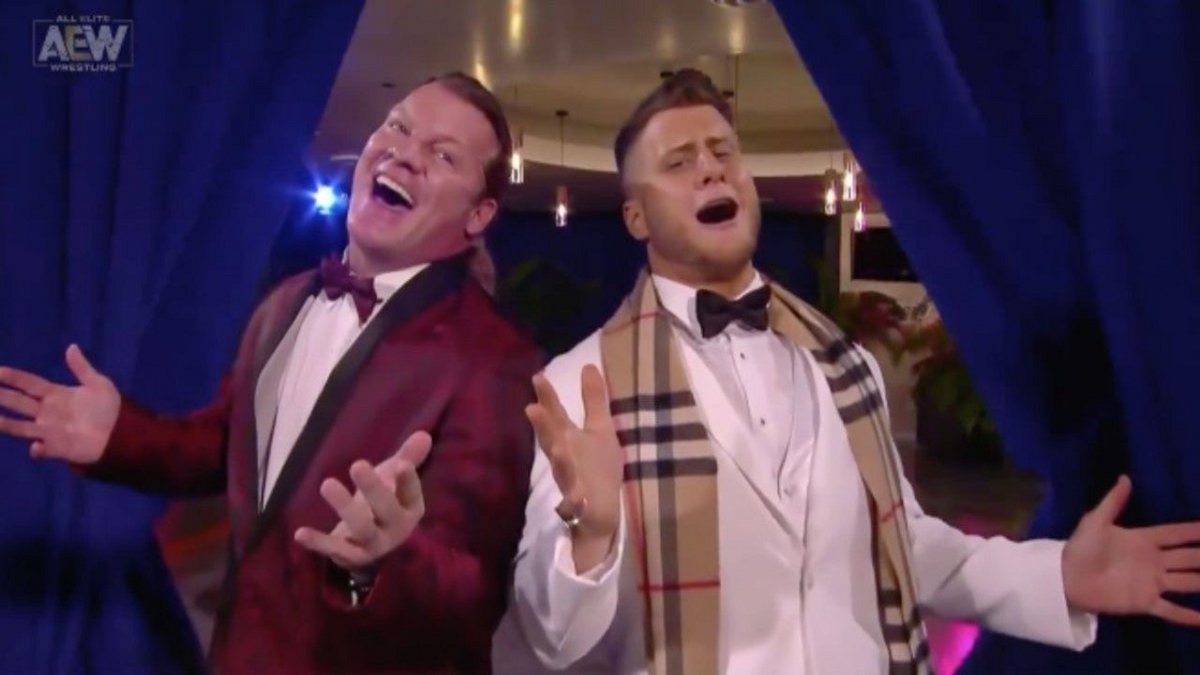 This past Wednesday’s episode of AEW Dynamite featured a sit-down steak dinner segment involving Chris Jericho and MJF that quickly turned into an impromptu musical act.

PWInsider’s Mike Johnson reported that the filming for the Le Dinner Debonair segment took around a few hours and was completed at around 2AM EST on Wednesday. Johnson also reported that one of his sources stated that the post-production editing and mixing took around ten hours in total and was finished with less than an hour before Dynamite was scheduled to air.

In regards to the song used, Johnson stated that it as a version of “Me and My Shadow” by Frank Sinatra and Sammy Davis Jr. AEW reportedly went out and got the license to use the actual song but had also discovered that there was an instrumental version out there suitable for the segment. AEW musical producer Mike Rukus reportedly created a version of the instrumental song and received approval from both the original publisher of the song and the Frank Sinatra Estate to use it on television.

Joey Ryan recently filed several defamation lawsuits against his accusers and Impact Wrestling and Anthem Entertainment regarding the sexual abuse allegations against him.

HeelByNature.com reported that Ryan filed a seventh defamation lawsuit on October 20th to the California Central District Court against a man located in Pennsylvania.

This new 63-page lawsuit contains mostly the same claims made by Ryan in his prior lawsuits against his accusers. Ryan is claiming that 26 defamatory statements were made by this individual causing him to be shamed, hated, and ridiculed and also hurting his ability to make money from his wrestling career.

Major League Wrestling officials reportedly have recently denied Mance Warner’s request to be released from his contract, according to BodySlam.net.

Dave Boy Smith Jr.’s issues with his current contractual status with MLW reportedly have recently been resolved, according to PWInsider.

MLW officials reportedly currently have plans to introduce a new Trios or Six-Man Tag Team Championship belt as part of their resumption of television tapings, according to PWInsider.

Lio Rush, ACH, and Shawn Daivari reportedly all worked at MLW’s recent set of tapings at the GILT Nightclub in Orlando, Florida, according to WrestlingInc.com. It was reported that the company taped sixteen episodes in total from their set of tapings that was held from this past Sunday to Tuesday.