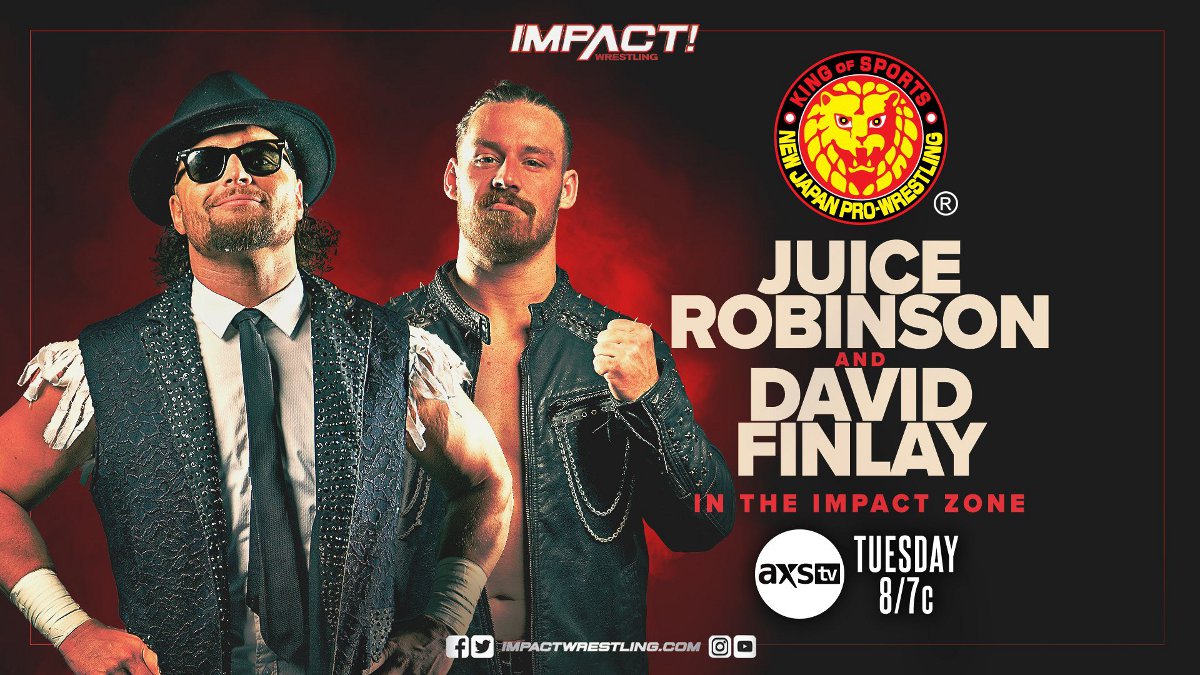 Impact Wrestling’s No Surrender 2021 event on Saturday featured a show-closing video revealing that New Japan Pro Wrestling’s Juice Robinson and David Finlay will be appearing soon in the company. Impact later announced on Twitter that they would be appearing on this Tuesday’s episode of Impact.

PWInsider’s Mike Johnson reported that the surprise announcement hyping up FinJuice’s upcoming debut in Impact is not a by-product of the recent collaboration between AEW and NJPW and instead was a deal that had been in place prior to AEW’s deal with NJPW. Johnson reported that Impact had been in talks with NJPW dating back to the summer of 2020 regarding a potential working partnership between both companies.

Johnson also reported that Impact officials originally had plans for Robinson and Finlay to work at their last set of television tapings in Nashville but a scheduling issue caused those plans to be delayed.

Johnson also reported that this new partnership is the result of a lot of work put in by Impact officials to repair their damaged relationship with NJPW. The Good Brothers being signed to Impact and NJPW being very interested in using them reportedly was a huge factor in helping to mend the issues between both companies. Johnson reported that Impact official Scott D’Amore visited Japan following Anthem’s purchase of Impact to formally apologize to NJPW’s officials and locker room for the issues caused by Impact’s previous owner and management regime.