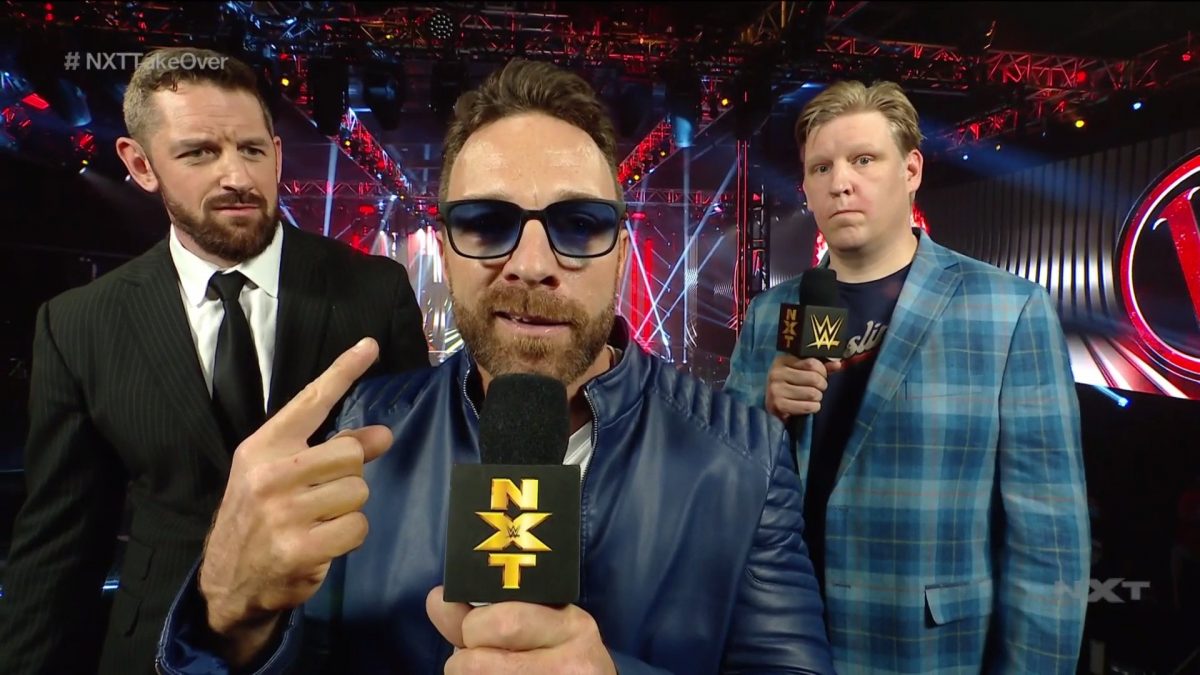 Drake interrupted the pre-show team and cut a promo insulting them all, then revealed his new name and said, “Anybody walking around with a title right now, make sure you’ve got your eyes open, because I’m coming for you.”

WOAH! Look who just showed up on the #NXTTakeOver: Vengeance Day Pre-Show! 😲😲😲😲😲

You can watch his full appearance at about the 22:10 mark in the video below.

WWE has signed former Impact World Champion Eli Drake to a contract, according to PWInsider.

Drake will be part of the NXT brand for now and is backstage at tonight’s NXT TakeOver, PWInsider says.

Drake, real name Shaun Ricker, will not use the name Eli Drake in WWE, PWInsider says.

Drake has already previously sporadically wrestled in WWE, mostly as a “jobber” from as early as 2006. He signed an official deal with WWE in 2013, but was released in 2014, mostly wrestling as an “enhancement talent.”

He joined TNA / Impact Wrestling in 2015 and wrestled there until his release in 2019. He was the Impact World Champion from August 2017 until January 2018, when he lost it to Austin Aries.

In June 2019, Drake signed with the NWA. He won the NWA World Tag Team Championship with James Storm in January 2020, then lost the titles to Aron Stevens & JR Kratos in November.