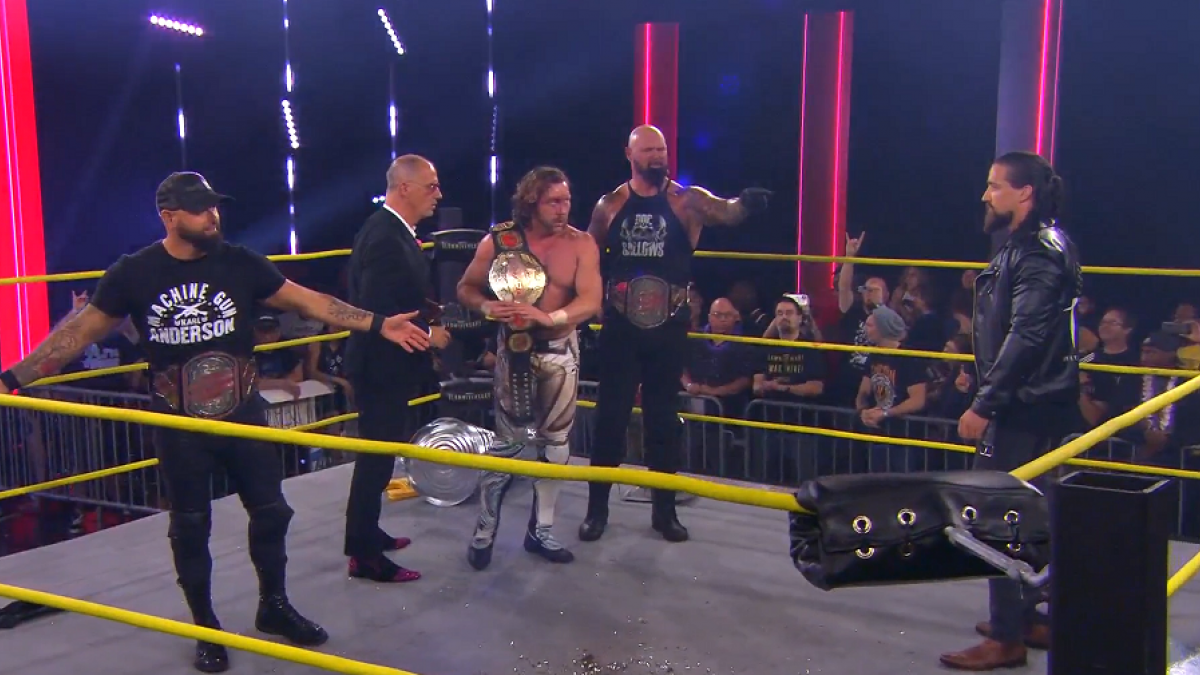 This past Saturday’s Impact Wrestling Slammiversary 2021 event featured the official Impact debut of Jay White. White made a surprise appearance at the end of the Impact World Championship match to confront champion Kenny Omega to close out the show.

Dave Meltzer reported in this week’s Wrestling Observer Newsletter that White’s appearance was not the original plan by Impact officials for the ending of their Slammiversary 2021 event.

Meltzer reported that Impact officials had originally planned for Andrade to be the one to make the surprise appearance to kick start a new title feud between him and Omega. Those plans reportedly were dropped following talks between the two sides that fell through due to monetary reasons.

Meltzer also reported that Omega was unaware beforehand of White making an appearance at the event nor Impact’s plans for him until he arrived backstage for that night’s event in Nashville, Tennessee.