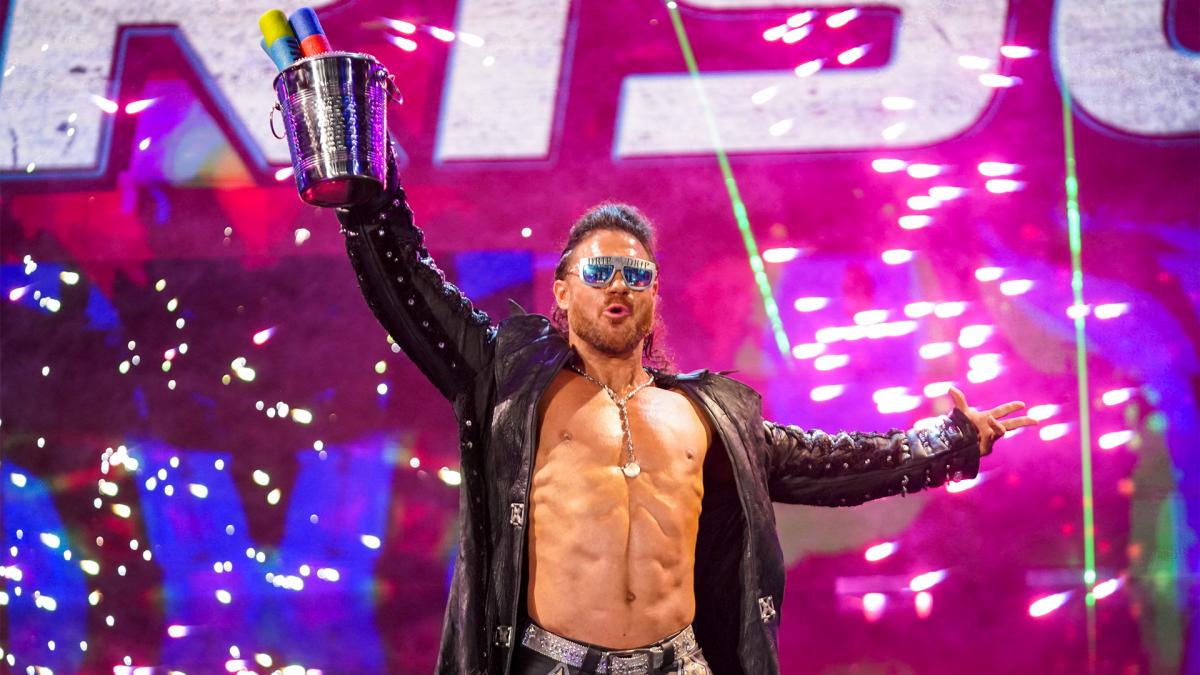 As noted before, WWE released two batches of wrestlers last month with the latter batch featuring eight talent. Among the talent released in the second batch included John Morrison.

In a recent post on Instagram, Morrison gave his thoughts about his release from WWE and the future of his career.

“Aquaholics, JoMo-sapiens, John-tourage, Slamtonians, I want you all to know how grateful I am for the support you gave me during this past run with WWE. I also want you to know that I did in fact receive a phone call from John Laurinaitis during which he told me that my services as a talent were no longer required by WWE. I didn’t even get a, ‘Best of luck on your future endeavors.’ I mean, if you’re gonna let me go, at least hit your catchphrase, right? I don’t know if it’s something that draws people to professional wrestling or something that happens to people when they’ve been in the business for a long enough time but my mind always races towards ways to pop the crowd, even at my own expense. The whole idea of making yourself look bad to make someone else look good is a strange thing. But for me it’s such an important part of what I do, and it’s a foreign concept to so many people. I think that’s why this past run with WWE meant so much to me. I saw and spoke to people I hadn’t seen in ten years. The chance to reconnect with old friends, make new friends, work with some of the best production people in the business, some of the best professional wrestlers in the business. I mean, just — the whole thing was… nostalgic. It brought me back to how I felt when I was brand new to the business. I was always just so nervous. I just wanted to do everything right, you know? I would do things like I would get to the arena super early all the time, which actually just gave me more time to be nervous but, there was one time in particular, I remember I was standing there in the ring hours before doors, looking out at all the empty seats thinking, ‘In a couple of hours, this place is gonna be packed and there is gonna be a person in every one of those seats, all staring at me, expecting me to do stuff. I gotta get better at stuff,’ and I think maybe the most important thing I learned during my first run with WWE is it’s not the stuff that people go to see wrestling for, it’s the stories. We’re storytellers. Now, I happen to be a storyteller who takes a lot of pride in being able to do the flips, the tricks, the kicks and the hair whips but, those are just tools. The moves, the ropes, the ring, the mic, they are all just tools used by those who practice the art of professional wrestling to tell stories, and the great thing about being a storyteller is that when one chapter ends, another one begins.”

Trish Stratus recently announced on her official website that she will be the official host of WWE’s upcoming RAW brand house show event on December 29th in Toronto, Canada.

Trish Stratus is ready to serve some holiday Stratusfaction to the WWE Universe in Toronto.

The Hall of Famer returns for one night only to host WWE’s live event on Wednesday, December 29th at the Coca-Cola Coliseum.

“Excited to step through that curtain and feel the energy of the WWE Universe one more time. Let’s do this Toronto!”

Tickets and Superstar Experiences are on sale now!

This past Friday’s episode of WWE Friday Night SmackDown drew a final viewership of 2,149,000 on FOX, according to ShowBuzz Daily. This was up compared to the initial overnight number of 1,968,000 viewers on the network.