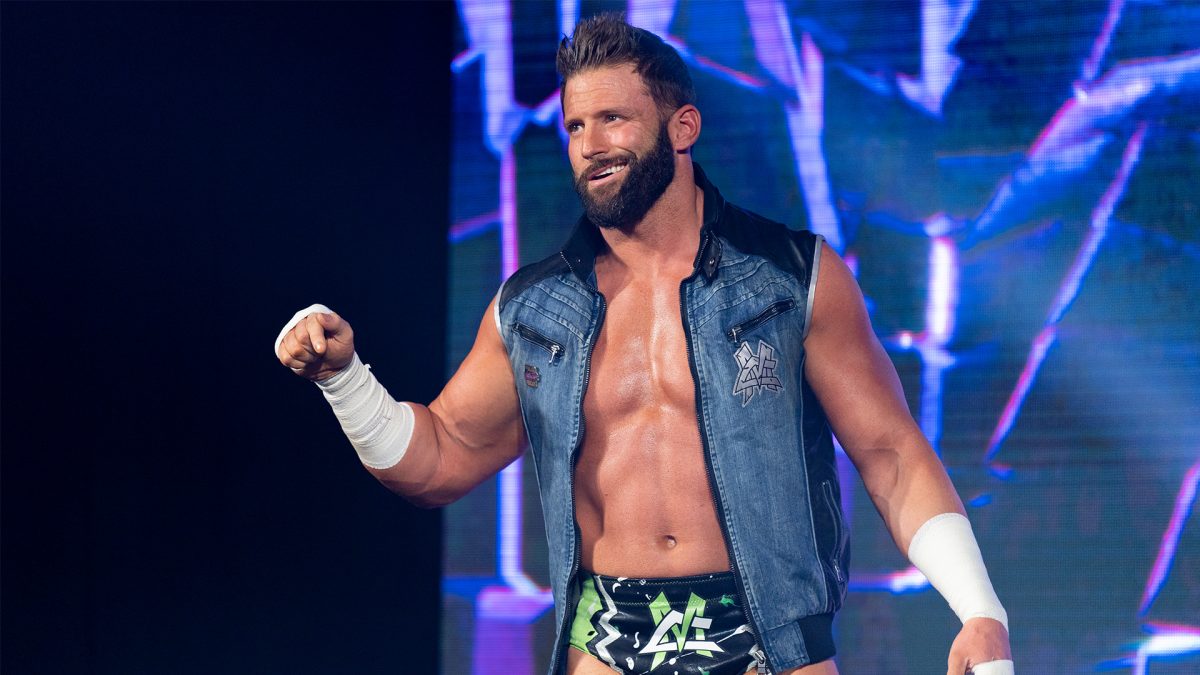 As noted before, Matt Cardona has been out of action since this past May due to a torn biceps injury.

Sports Illustrated held a recent interview with Cardona. One of the topics discussed included Cardona revealing that he is currently hopeful of being able to make his in-ring return from injury in around three months.

“My doctor said that the recovery is five months. But my goal is three. I’m still going to be making towns. I’ve contacted every promotion I had booked, and all but two are still bringing me in because they know I sell tickets—and I rescheduled with those other two. I’m not going to be stuck at home injured. I won’t be in the ring, but this isn’t a three-month vacation. I’m just as busy as I was, even with a torn bicep.”

Cardona also stated that his goal is to be able to be medically cleared in time to wrestle at the upcoming The Wrestling Showcase tournament in early September.

“I’m training to be back in time. It fits perfectly in that three-month window, and I want my first match back to be against Tatanka. He can still go. Watching him wrestle makes you think it’s still 1993. And how cool would it be to beat someone whose action figure I had? I’m not trying to prove doubters wrong. I’m trying to prove myself and my believers right. I plan on coming back and winning the Wrestling Showcase tournament. That’s just the start. And if I’m not medically cleared, I’ll have a replacement. Remember, I’m always ready.”

Impact Wrestling recently announced that they have launched a new series called “Outside The Ropes” on their Impact Plus streaming services. It was also announced that Impact lead announcer Tom Hannifan is the host of this new interview-based series and the first episode features Trey Miguel.

During a recent episode of the Refin’ It Up with Brian Hebner podcast, Impact referee Brian Hebner stated that he will be retiring as a full-time referee following Impact’s post-Slammiversary television tapings in Nashville, Tennessee next week.

“I am announcing that I am going to retire from professional wrestling as a full time referee. I will no longer be under contract for anybody, I will be working for myself. This is a move that I’m making because of the fact that, there’s a lot of different reasons. I’m not bitter towards the business at all, this has nothing to do with anybody making me mad or anybody making me angry. This is a move I’m making that’s personal. I’m healthy, I’m in great shape, I’m not beat up. I have a lot of life left still with my kids and my family, and my friends. I have other projects that I’m working on, with this podcast being one of them that I’m really trying to dig into. Some people may think it’s something that I shouldn’t take seriously, some people think it should be, but it doesn’t make a fuck what people think today. What it means to me is this, I’m doing what Brian Hebner wants to do on his own terms.

I’ve talked to many of my people that I work with, many of my friends that I’ve reached out to, I’ve made so many phone calls to so many people not in just TNA, not in just IMPACT Wrestling, not just WWE, not just AEW, the whole kit and caboodle. I’ve just talked to so many people. This is a big move for me because I do care about this business deeply, the business means more to me than anybody in the world. I just wanna say that this business has been the greatest thing that’s ever happened in my life. But now it’s time for me to take a step back, to get off the road, to stop flying, to stop missing my children’s games, to stop missing my family cookouts, to stop missing Father’s Day, to stop missing Mother’s Day, to stop missing the things that are important to my family. I’ve done it long enough, over 23+ years. I’ve done a lot in this business. I’ve done WrestleManias, I’ve done SummerSlams, I’ve done Slammiversary, I’ve done NWA 70’s, I’ve done main events of television shows, I’ve worked with every major wrestling promotion in the United States. I just feel like it’s time, I feel like god is pulling me away. I have two thirteen year old daughters, I have a nineteen year old son who’s getting ready to go to college. He’s a huge person and body in their lives, he’s not gonna be there anymore. He’s got four years of college, he’s going to Tennessee and I live in Virginia. Add up the math, it’s not close. So they need their daddy, I think it’s time for their daddy to be there for them. This is more of a me thing, it has nothing to do with wrestling. I’ll be honest with you, ever since I moved around a little bit from WWE to TNA to NWA to ROH, back to IMPACT, my goal was always to retire in IMPACT Wrestling. I mean that with all of my heart. They gave me the most infectious love I’ve ever felt in my life.”

PWInsider’s Mike Johnson reported that former NWA and WWF wrestler Ken Patera is currently in the final stages of working on an autobiographical book based on his life and wrestling career.

Former TNA/Impact Wrestling wrestler ODB reportedly is also currently working on a new autobiographical book focused on her wrestling career, according to PWInsider.

G4 TV recently announced on Twitter that they are currently working with WWE on a new WWE-related project for the network.

WWE 2K22 lead director Patrick Gilmore recently announced that he will be leaving 2K Games soon and going in a new direction for his career.

The Japanese government reportedly recently passed a new cyberbullying law inspired by the death of Hana Kimura, according to CNN. Those convicted reportedly would face up to one year in prison or be fined 300,000 yen ($2,000). This reportedly increases the previous penalty of fewer than thirty days in jail and a $75 fine for those convicted of cyberbullying in the country.

Tokyo Joshi Pro Wrestling recently announced that Willow Nightingale will be making her official debut for the company at their Summer Sun Princess ’22 event on July 9th in Tokyo, Japan.

Game Changer Wrestling recently announced that their first Settlement Series event will be taking place on July 10th in Ridgefield Park, New Jersey. It was also announced that tickets for this upcoming event will officially go on sale starting this afternoon.

As noted before, Andrade El Idolo and The Lucha Brothers’ Rey Fenix and Penta Oscuro are currently not expected to appear at AEW and New Japan Pro Wrestling’s upcoming Forbidden Door event due to political issues involving Lucha Libre AAA and Consejo Mundial de Lucha Libre. AAA talent Dragon Lee recently announced on Twitter that he also will not be able to make an appearance at the upcoming co-promoted event due to similar political-related issues.

NJPW also recently announced a new match for the card of their New Japan Road event on June 21st in Tokyo, Japan: