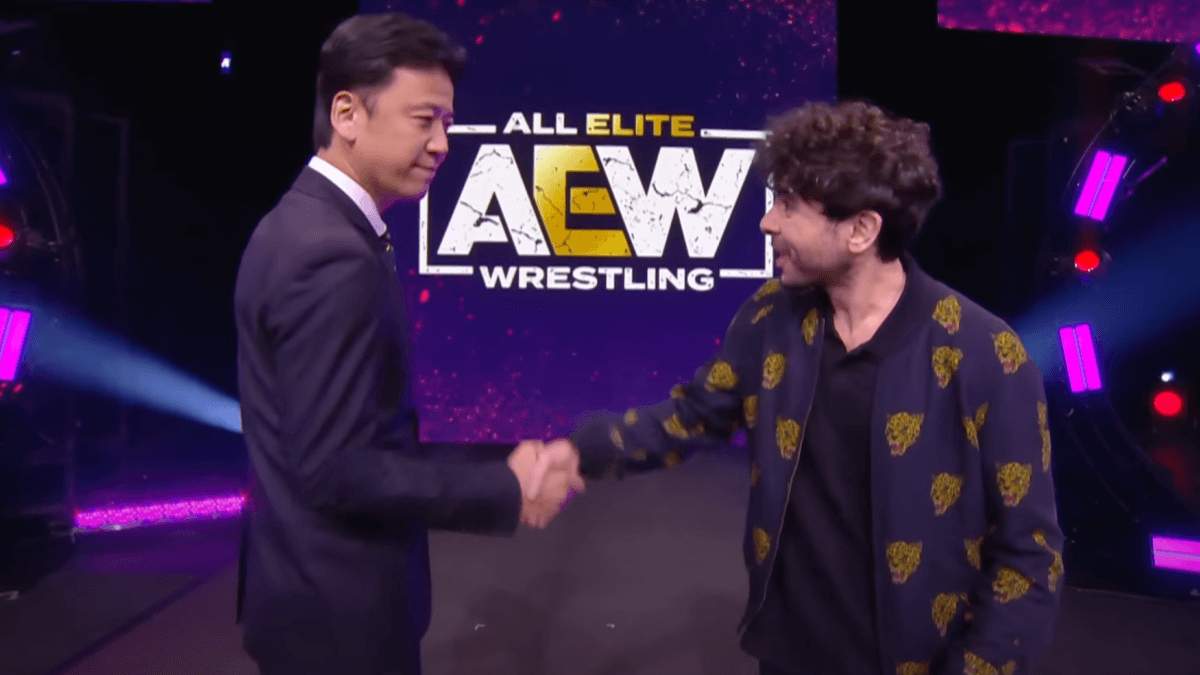 “The idea of doing an event over there with AEW stars and New Japan stars is very potentially interesting, but if it happens it won’t be ‘Forbidden Door.’ ‘Forbidden Door’ is gonna stay in North America. It wouldn’t make sense with the time zones, the revenue.”

During the same interview with the New York Post as noted above, Tony Khan also provided updates on the status of Kenny Omega and Adam Cole’s injuries.

On the status of Omega’s injuries, Khan stated:

“I’m always concerned whenever a wrestler has an injury, but in Kenny Omega’s case he carried the load through more injuries than probably anyone I’ve seen in terms of working through a sustained period where he was limited and still having great matches in the ring, and also doing great box office for the company as a great champion. It is a little bit different because you’re dealing with multiple injuries as opposed to one injury. I’m optimistic. I don’t want to put a timetable on it. I’m still optimistic Kenny’s coming back. I think it’s gonna go well. I think he’s gonna be OK. I don’t know when and I’m optimistic. Nobody can put themselves in his shoes, but I feel good about it. I’m gonna talk more to him too. I know he’s been through a lot but I know he’s still trying to get back.”

On the status of Cole’s injury, Khan stated:

“He had no contact between “Double or Nothing” and “Forbidden Door.” He was on commentary. He had been cleared to wrestle. So now I’m also gonna take some time [off] for him. We had already taken some time and I’ll take some more time make sure he’s right and wouldn’t want him to wrestle until he’s feeling 100 percent. He was feeling 100 percent going into “Forbidden Door.” That’s how unpredictable these are.”

AEW recently announced that they will be holding a new set if AEW Dynamite and Rampage television tapings on September 7th at the KeyBank Center in Buffalo, New York.

It was also announced that tickets for this upcoming set of tapings will officially go on sale starting on July 22nd.