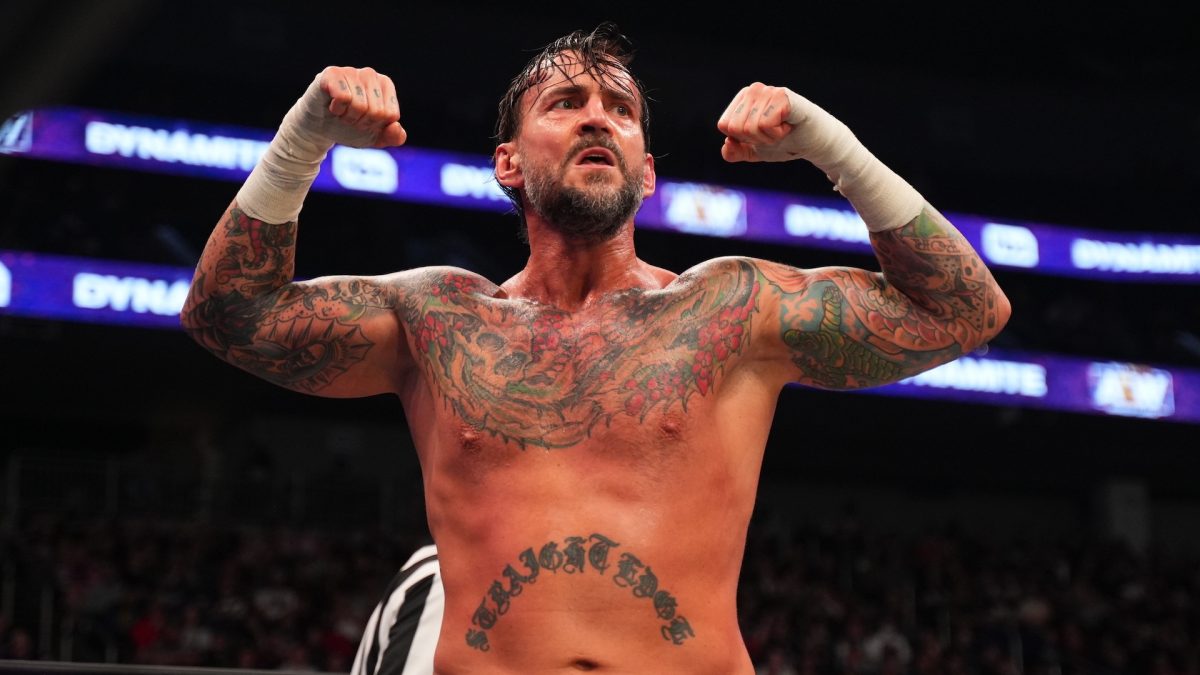 As noted before, CM Punk, Ace Steel, Kenny Omega, and The Young Bucks’ Matt and Nick Jackson were involved in a backstage fight incident following AEW’s All Out 2022 event earlier this month. Following the incident, AEW suspended all of them for an indefinite period of time, as well as several others who recently had their suspensions lifted.

Fightful Select reported that AEW talent spoken to have been unanimous in their feeling of not being in favor of how CM Punk handled things during his All Out 2022 post-show media scrum. Several talent spoken to that normally would be on Punk’s side reportedly stated that they would have not reacted the same way as Punk did.

One talent spoken to stated that they felt AEW not mentioning anyone who was suspended on AEW television was a “better safe than sorry” type move due to the nature and legal situation surrounding the backstage fight incident.

Prior to the fight, it was reported that Punk had been dealing with some serious backstage heat for some time due to him rubbing people the wrong way within AEW’s locker room. One source spoken to reportedly stated that the idea of blaming Punk for being the source of all of AEW’s recent backstage woes would not be fair since it reached an all-time high while he was previously gone.

Several people spoken to reportedly stated that they believe that Punk either needs to leave the company or make amends or hope for a “time heals all wounds” type situation if he ever expects to get a warm welcome back within AEW’s locker room.

In regards to suspensions, it was reported that there is currently no timetable for Omega, the Young Bucks, Punk, and Steel’s return to the company. Prior to his suspension, Omega had been planned to receive time off for this past week.

A recent episode of the AEW Unrestricted podcast had Madison Rayne as the guest. One of the topics discussed included Rayne’s thoughts on her getting to wrestle in AEW and wanting to focus on coaching talent in the company going forward.

“You walk in and every day, you don’t really know what’s going to happen. When I had my initial conversations about coming to the company, it was primarily as a coach, and obviously, there were those, ‘You can wrestle, you’ve wrestled for way too long. There may be times where we have you as an in-ring competitor.’ The wrestler in me who still has a tiny shred of ego that needs to be filled a little bit, walking out into an arena and the reaction of the AEW fans is truly, I’m not just saying that because I’m happy and new and butterflies, but it’s truly unlike anything I’ve ever felt. Getting to scratch that itch a little bit was perfect, but I do think going forward my duty will primarily be as a coach. That’s great too. I came in did, a couple of matches for AEW fans or anybody who wasn’t super familiar with who Madison Rayne was, I got in the ring and showed that I kind of know how to do this thing so hopefully I will have earned the trust of people who maybe didn’t know me before I came in. I’m glad I got to do that and am always happy to accept the challenge and will continue to accept them if they are put in front of me, but I think for now, as far as I know today as we sit here, coaching is going to be my primary goal.”

As noted before, Jeff Hardy was arrested this past June in Volusia County, Florida following a drunk driving incident. Hardy has been out of action for AEW since that time due to his current suspension over his DUI arrest.

Dave Meltzer reported in this week’s Wrestling Observer Newsletter that his sources stated that Hardy is currently expected to finish his rehab soon and start training for his return to the ring for AEW.