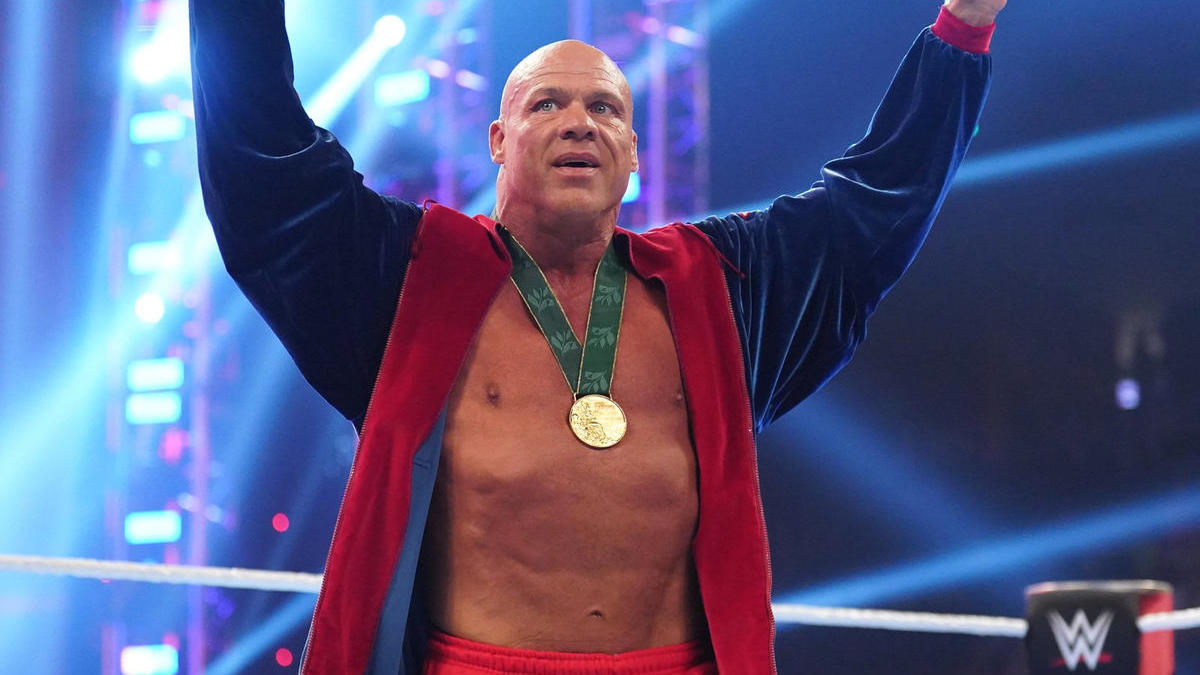 Sportskeeda held a recent interview with Kurt Angle. One of the topics discussed included Angle’s thoughts on a potential of a return to the ring for another match in the future.

“I don’t think so. I had knee replacements five months ago. I’m good. I think I had a good enough career that I’m very proud of. If it does come to be, it’ll probably be a tag match like Ric Flair did so that I don’t get exposed. I hate to say it, but I’m not exactly the same wrestler I used to be. If I did decide to have a wrestling match, it would be against younger guys that could carry me, and I would make sure it’d be a tag match so I wasn’t exposed. It’s hard to say this right now because I’m basically telling the fans, ‘Hey, I can’t really wrestle anymore, but watch me in my next match.’ But I’m just telling the truth. I’m an honest person. I’m just saying, I’m not like I used to be and never will be, but you know what, maybe down the road, I might do a tag match.”

This past Tuesday’s episode of Tales From The Territories drew 98,000 viewers on VICE TV, up from last week’s 77,000 viewers, according to Wrestlenomics.

This episode focused on the classic Jim Crockett Promotions.

As noted before, former wrestler Tammy Sytch was arrested this past May in Florida following a police investigation into a fatal car accident involving Sytch this past March. PWInsider’s Mike Johnson reported that Sytch’s lawyer recently filed a motion requesting that Sytch’s upcoming scheduled pre-trial hearing be postponed to a later date due to them needing more time to prepare their case for trial.

Saturday’s NJPW Strong Detonation 2022 Night 1 show featured former WWE and AEW talent Bobby Fish making his official debut for NJPW. Following the match between Homicide and Danny Limelight, Fish made a surprise appearance and launched a sneak attack on Homicide before Homicide could launch his own post-match attack on Limelight. During his promo, Fish revealed that he has entered a partnership with Team Filthy over them sharing a common enemy of Homicide and issued a threat to the rest of NJPW Strong’s locker room.

Pro Wrestling Guerilla recently announced that Jordynne Grace and Lio Rush are the next official entrants for next year’s Battle of Los Angeles tournament on January 7-8, 2023 in Los Angeles, California.

Over The Top Wrestling recently announced that Eddie Kingston will be making an appearance for the company at their Homecoming 2023 events on January 27, 2023 in Wolverhampton, England, January 28th in Dublin, Ireland, and January 29th in Belfast, Ireland.