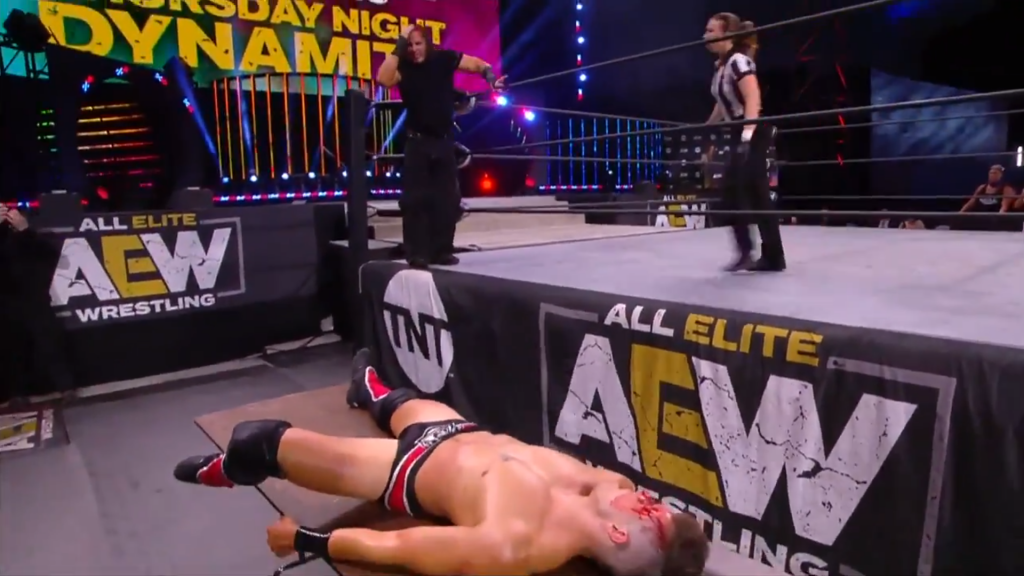 This past Thursday’s episode of AEW Dynamite featured Matt Hardy facing off against Sammy Guevara in a Tables match for the show’s main event, which received relatively very little TV time.

Fightful Select reported (via 411Mania.com) that the reason why the main event match was rushed was due to timing issues related to other segments that aired during the show.

It was reported that three segments went longer than they were supposed to resulting in the Tables match being “massively” cut for time than had been originally planned.

As noted before, Major League Wrestling has been working on plans to resume live events and tapings within the near future. The company has not held any tapings nor live events since the start of the coronavirus pandemic in the United States.

In a recent statement made to the company’s official website, MLW owner Court Bauer stated that the company has started scouting several potential locations in the United States as part of their current plans to resume tapings soon.

“We need a location that has the facilities and wherewithal to accommodate our COVID-19 protocols, production operations, and aesthetically fit the concept for our next show, which will be very different and distinct from the usual MLW event.”

Game Changer Wrestling announced on Twitter that their The Collective series of events has been rescheduled to October 9-11 at the Marion County Fairgrounds in Indianapolis, Indiana. These events were originally scheduled to take place in early April as part of the WrestleMania 36 weekend festivities in Tampa, Florida before being cancelled due to coronavirus-related issues.

Ring of Honor recently announced that their upcoming Pure Championship tournament will start on September 12th and air on that week’s episode of ROH TV.

New Japan Pro Wrestling recently announced that Fred Rosser (known as Darren Young in WWE) will be making his official debut for the company at their September 4th episode of NJPW Strong.

NJPW also recently announced that due to the current injury status of YOH, they have vacated the IWGP Junior Heavyweight Tag Team Championship, which had been held by tag team Roppongi 3K.

The National Wrestling Alliance announced a new match for the card of the debut episode of United Wrestling Network’s Primetime Live series on September 15th: