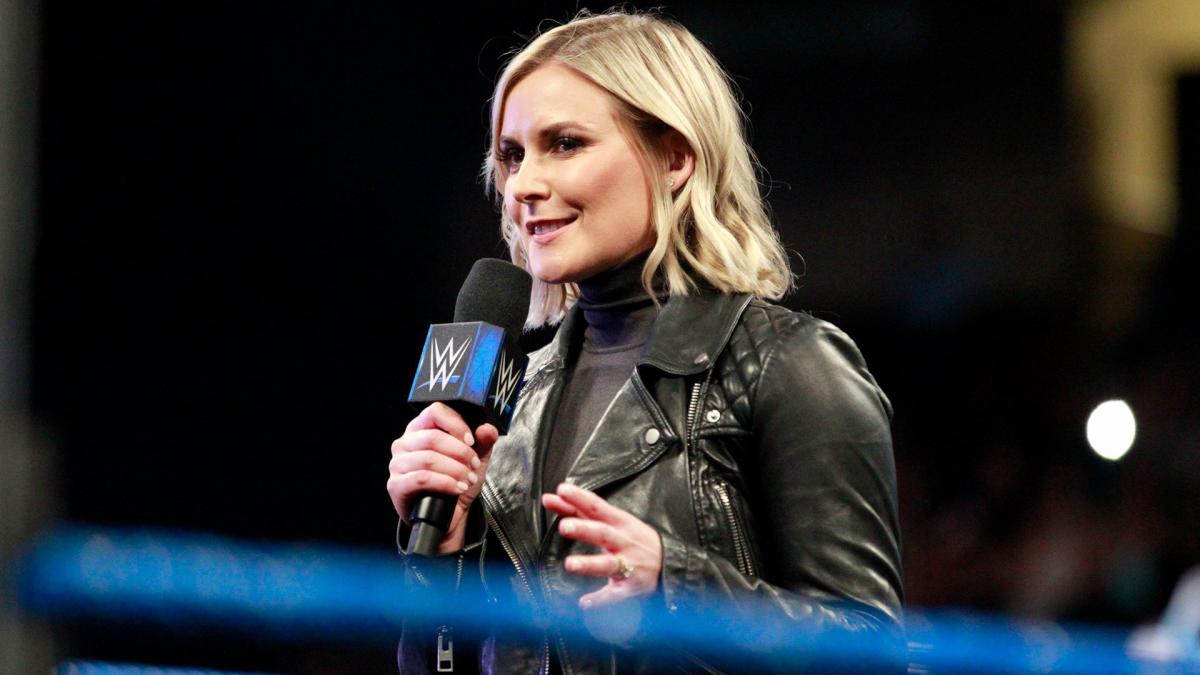 As noted before, Renee Young gave her notice to WWE officials last week of her intent to depart after an eight year career with the company.

Dave Meltzer reported in this week’s Wrestling Observer Newsletter that tonight’s SummerSlam event is currently expected to be Young’s final appearance in the company. Meltzer reported that Young had been under two contracts, an employee-based deal with WWE that allowed her to give her notice anytime she wanted and a separate deal with FOX for WWE Backstage which was dropped following WWE Backstage cancellation.

Meltzer reported that Young’s post-WWE career plans are currently not known but FOX reportedly still holds a high view of her and might do some stuff with the network in the future.

Meltzer also reported that one of his sources stated that it is inevitable Young works for AEW in some capacity due to her husband Jon Moxley working in the company and her connections with others there. AEW officials reportedly were unaware of Young’s plans to leave WWE until after the news broke.

But Meltzer also reported that Young’s contract with WWE contains a serious non-compete clause which would rule out her potentially working for AEW for the foreseeable future.

The Sporting News held a recent interview with Seth Rollins and one of the topics discussed included why Austin Theory has been abscent from WWE television since this past June.

“He had some personal issues that came up so he took some time off to sort through them for the past month or two. It’s hard right now but we hope everything’s good for him so we hope to have him back sooner than later.”

Tune in to WWE Network at 6 p.m. ET/3 p.m. PT for the SummerSlam Kickoff Show, where an expert panel will preview the night’s biggest showdowns, including Drew McIntyre defending the WWE Title against Randy Orton, Universal Champion “The Monster” Braun Strowman colliding with “The Fiend” Bray Wyatt, Dominik Mysterio’s in-ring debut against Seth Rollins, and more.