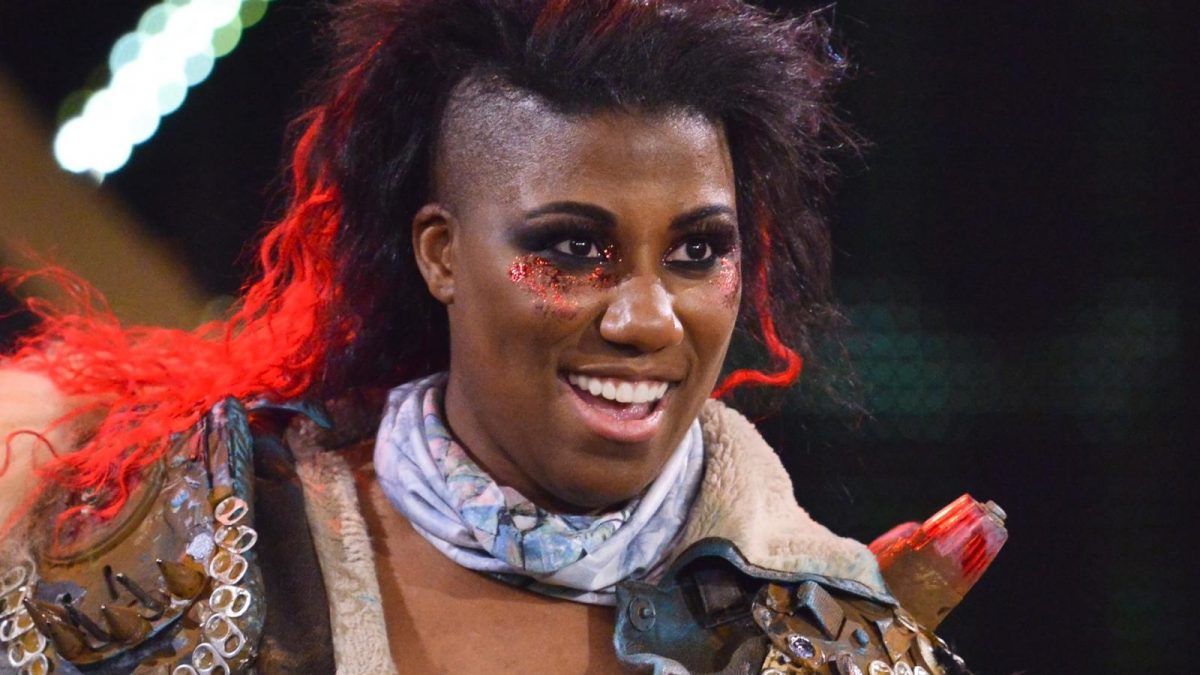 Ember Moon made her NXT return tonight on TakeOver, revealing herself as the mystery former NXT champion in the vignettes that have been airing for the past few weeks.

Following Io Shirai’s win over Candice LeRae at TakeOver and following the return of Toni Storm, another short video aired with the “mystery person” riding a motorcycle. She then entered the arena and took off her motorcycle helmet to reveal herself as Ember Moon.

Moon poked fun at the speculation that Bo Dallas was going to be the former NXT champion who was going to return to the brand.

She has been out of action since suffering a torn Achilles tendon in September, over a year ago. In May, she said that she feared it could be a career-ending injury. In a post-TakeOver media call, Triple H said that she has been cleared to return to the ring.

She won the NXT Women’s Championship in November 2017 and held it until April 2018, losing it to Shayna Baszler. Following that loss, she joined the main roster on the April 9, 2018 episode of Raw.