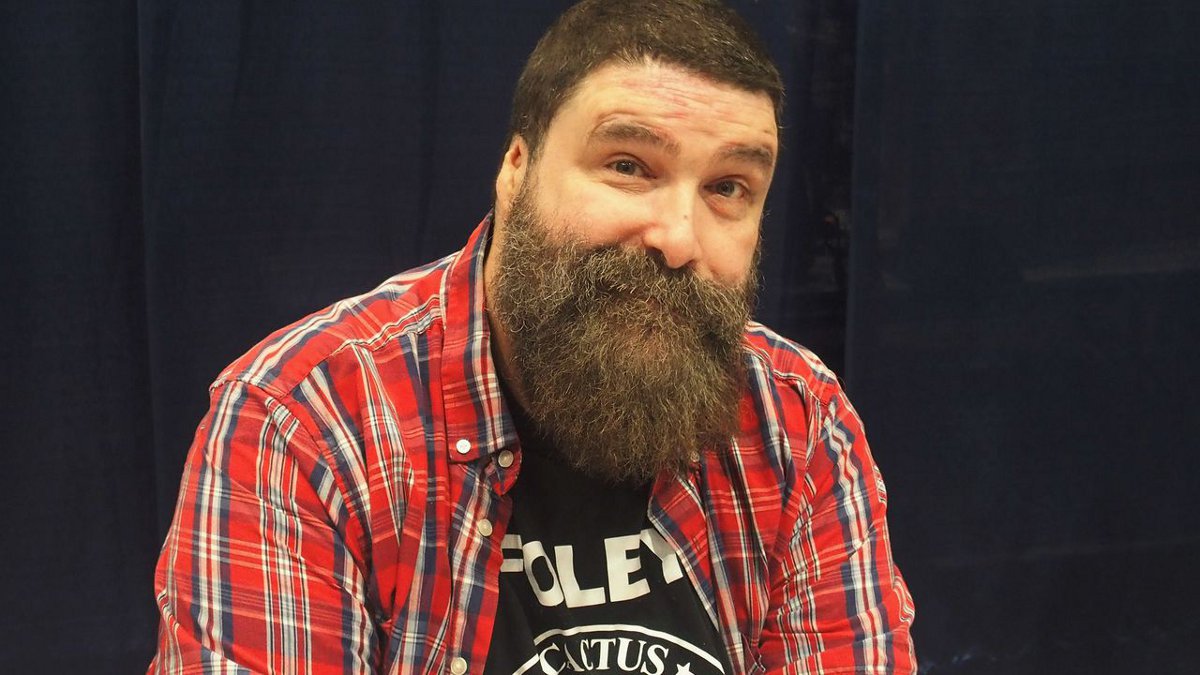 As noted before, Mick Foley recently released a video on his Facebook page voicing his concerns over WWE’s continued creative struggles with their NXT call-ups and questioning if it a good decision for aspiring talent to join WWE over these issues for their bright careers sake.

A recent episode of the Pro Wrestling 4 Life podcast had Foley as the guest. One of the topics discussed included Foley clarifying his earlier comments made towards WWE.

“The only deal I have with WWE is a nostalgia contract, legends deal. They do pay people to be consultants and if I was being paid to be a consultant, I would say, ‘WWE, we have a problem.’ I’m putting myself in the place of a top tier superstar who has a decision to make and I would look at AEW and how they treated their recent acquisitions and I would compare it to how WWE has treated a few of their developmental (talent) that was brought up to the main roster. I would say, ‘I don’t know that I want to gamble to such an extent that I’m willing to have everything I’ve done watered down or made a joke of.’ If somebody is a more intriguing character in NXT than they are in WWE and it seemed almost by design, I think that’s a big problem. I love the company. I really do and I think they need to hear that. If I texted Vince, that’s one thing and it might be effective, but I think it needs to get out there. If it embarrasses them, I think that’s okay. I look at Keith Lee and how dynamic he was. I know he’s had health problems, but the guy comes out and he’s got that look. He’s a big dude and you want to cover him up. That’s part of his appeal, he’s loud and proud.

In the case of Karrion Kross, don’t reinvent the wheel. If the guy has one of the best entrances in the business and then you send him out there as a generic guy and he loses in two minutes…people are saying, ‘this doesn’t hurt him, it wasn’t an NXT loss.’ I’m thinking, ‘you only get one chance to make a first impression.’ Can you dig him out of the hole? Yeah, you can, but he shouldn’t be in the hole. I think the AEW pressure is the best thing to happen to WWE.”

New Japan Pro Wrestling talent Minoru Suzuki reportedly required several stitches to close up his wound near his eye following his match with Jon Moxley on Wednesday’s AEW Dynamite show, according to PWInsider.

PWInsider’s Mike Johnson reported that the reason for Alex Reynolds recent absence from AEW programming is due to him being given time off following his wife giving birth to their first son.

While responding to a fan question on Twitter, AEW music producer Mike Rukus revealed that it took him about a week to complete Adam Cole’s entrance theme for the company. Rukus stated that this was a collaboration effort involving himself, Cole, and AEW CEO Tony Khan.

Major League Wrestling recently announced that the next season of their MLW Fusion series, titled MLW Fusion Alpha, will be premiering on September 22nd on their official YouTube channel.

MLW also announced that Danny Rivera, also known as Danny Limelight in the indies, recently signed an official contract for the company. It was stated that this contract was for three years in length.

Former WWF, WCW, and TNA writer Vince Russo recently announced on Twitter that he was invited by WWE this past Friday to work on a new WWE-based project for NBC’s Peacock service.

NJPW talent Satoshi Kojima recently reflected on Twitter about his recent time in Impact Wrestling and AEW. Kojima stated “I am grateful to the impact I made in May of this year, and to AEW, both talents and staff. Everyone welcomed me. I was really happy. I was so happy that I ate more bread than usual. @IMPACTWRESTLING @AEW”