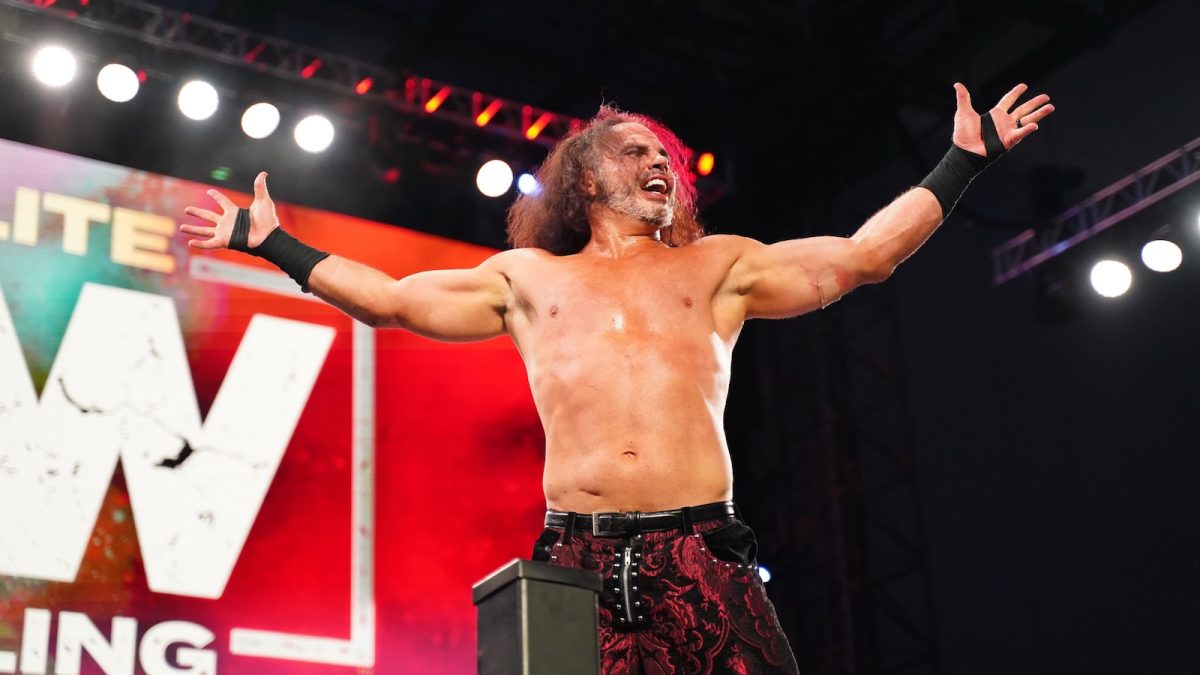 As noted before, Matt Hardy suffered a head injury at AEW All Out this past Saturday. Hardy was sent to the hospital as a medical precaution following his match and released the following day.

In a recent Cameo video, Hardy stated that he underwent “a bunch of tests and evaluations” during his hospitalization and is very happy to be back home.

“I was just stuck in the hospital. It sucks. I’m so happy to be out and be back home.”

Hardy also confirmed on Twitter that he will be appearing during this upcoming Wednesday’s episode of AEW Dynamite.

He also thanked everyone for their outreach and support.

The love, outreach, & support I’ve received over the last few days has been overwhelming & profound.

Thank you all. I am grateful.

Ring of Honor recently officially revealed the full bracket and first round matchups for their upcoming Pure Championship tournament, which starts on September 12th.

Major League Wrestling reportedly will be resuming their weekly television series on Thursday nights on the Fubo Network, according to PWInsider.

Josh Barnett announced on Twitter that Josh Alexander is the first official competitor for this year’s Josh Barnett’s Bloodsport event on October 11th in Indianapolis, Indiana.

New Japan Pro Wrestling announced that they will be officially revealing all the competitors for their upcoming G1 Climax tournament during their New Japan Road event on September 9th in Miyagi, Japan.